Whānau Ora's commissioning agency in the South Island, Te Pūtahitanga, says it's not right to criticise an iwi over the growing equality gap between urban and tribal Māori. 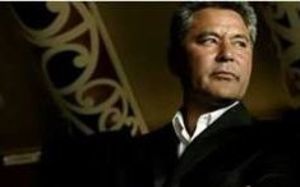 In a speech yesterday, North Island's Whānau Ora commissioning agency chief executive John Tamihere said iwi such as Ngāi Tahu should open their cheque books and do more to help.

"And if they don't wake up the urban Māori whānau will start taking them to court to get them to ensure that they meet their obligations, duties and responsibilities as our stewards of our assets," Mr Tamihere said.

But his counter-part in the South Island, Helen Leahy said Te Pūtahitanga, which includes Ngāi Tahu, is working well to reach those who need help the most.

Ms Leahy said her commissioning agency is iwi-led and very different to the agency in the North Island.

"They were all in the position of post-settlement but they stood together and said let's work together and put together a bid for the commissioning agency."

She has received a lot of support from Ngāi Tahu who helped get the message out about the work Whānau Ora is doing.

"I believe it's successful because the iwi backing has meant the word has got around right through the south as to what sort of things whānau might consider are ways to become self determining and create a better future for themselves."

She believed their approach had been successful because they were focused on outcomes.

"Rather than focus on services and providers our model has been at the level of whānau, whānau-centred and whānau driven."

Te Pūtahitanga has many whānau-focused initiatives, such as a language revitalisation programme in Motueka and a rangatahi hikoi in the Catlins, Ms Leahy said.