A Nelson-based iwi incorporation has welcomed a new era for Awaroa Beach, after the final step in the crowdfunding campaign to return it to the public. 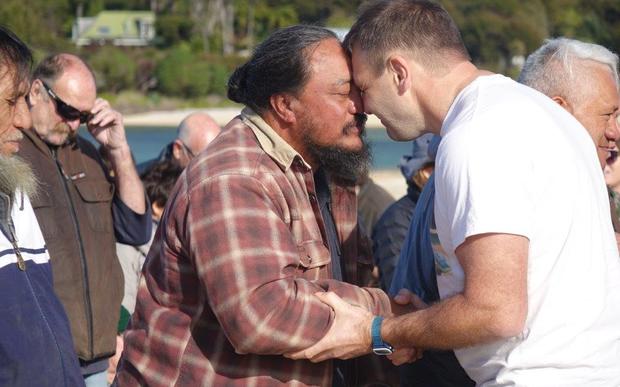 About 300 people made a pilgrimage to the site yesterday to celebrate it becoming part of the Abel Tasman National Park, after the public raised more than $2 million towards its purchase.

Yesterday's handover was organised by the Department of Conservation, local iwi, and campaign organisers Duane Major and Adam Gard'ner. 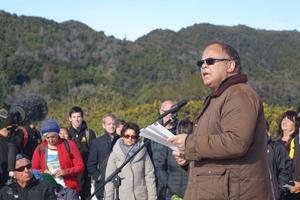 Wakatū Incorporation chairman Paul Morgan, a descendant of the rangatira who occupied the area, said the team behind the buy-a-beach campaign had revived the story of Awaroa, which is primarily the home of Ngāti Rārua from Motueka.

"We gathered to celebrate, to share the history of a district and the return of a small area of land (whenua) in Awaroa from private ownership to the Crown - the New Zealand public, us," Mr Morgan said.

Mr Morgan said his ancestors did not have to own the land to feel they belonged to it.

"Our ancestors inhabited this land - their wairua, their spirit - is in this land. I don't have to own it to live that. What's happening is the cultures are coming together and learning about the values we stand for in our cultural thinking."

Almost 40,000 people contributed $2,278,171 to the campaign to buy the land when it came up for sale by tender earlier this year. The government and the Joyce Fisher Charitable Trust stepped in to help seal the deal, when it looked like the amount might have fallen short.

Mr Major and Mr Gard'ner thanked New Zealand for joining them on what they said had been a journey of trust.

Mr Major said he believed people took it to heart because they felt it was something they could actually change.

"There's something about 'Kiwidom', which flowed on to how we want to look after things, and then it moves on to the sense of looking after the next generation and wanting to pass on something for the future." 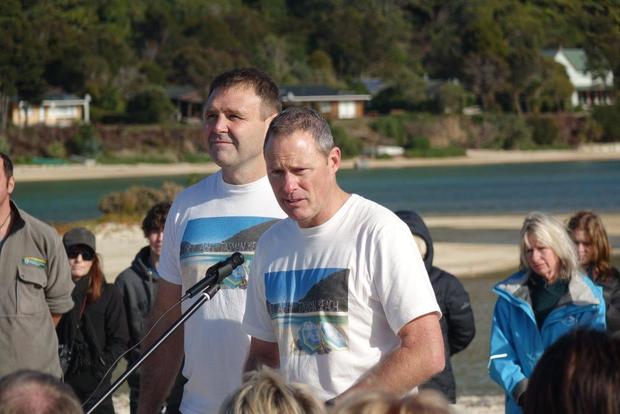 Associate Conservation Minister Nicky Wagner said she believed it was about more than a beach, and the campaign had brought out the best in what it meant to be a New Zealander.

"We're positive people and I think we like to collaborate. We're looking to the future and we want our kids to be connected to the land. Everything that's been spoken about today belongs in our hearts. It's typical Kiwi."

The area is special to those with roots deep in its soil. Geoff Trewavas, who has been at Awaroa for 40 years, said the locals were happy with the outcome.

"We're happy it's in Department of Conservation hands, rather than private ownership, because we didn't like the idea of one day we might have a concrete jungle in front of us," Mr Trewavas said.

Robyn Holmes, who knows the area's coastline and lagoon as well as anyone, braved an easterly gale to sail from Nelson for the occasion.

"I come here a lot. It's a special place. I come here to lick my wounds from time to time... and to bring people here."

Mr Major said he was honoured by the turnout for what he described as a profound event.