The pā where the first shots were fired in the Taranaki Lands Wars could soon be redeveloped as a heritage park. 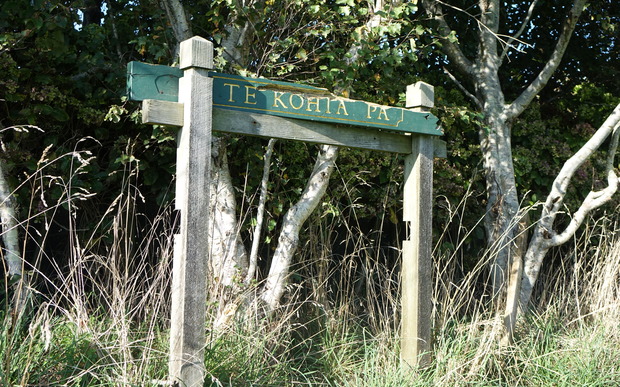 New Plymouth District Council has bought a four hectare site on the outskirts of Waitara where Te Kohia Pā once stood for $715,000.

It wants to work with Te Kotahitanga o Te Atiawa - the iwi's post-Treaty settlement trust - to develop Te Kohia into a permanent memorial with cultural, tourism and educational dimensions.

At the moment a tattered sign is the only acknowledgement of the pā's significance.

"As opposed to being part of a forgotten war and hidden away, the retrieval of sites like this provides an opportunity for us to have a discussion about what happened," he said.

In February 1860 supporters of Wiremu Kīngi Te Rangitāke began disrupting the surveying of the disputed Peka Peka Block in Waitara.

Shortly afterward about 500 Imperial troops, militia and volunteer riflemen arrived from New Plymouth, occupied the land and erected a blockhouse.

The following day Colonel Charles Gold ordered an attack on the pā, marking the start of the First Taranaki War.

Also known as the L-shaped pa because of its shape, Te Kohia used innovative covered trenches, a feature first used at Ruapekapeka in the Northern War of the 1840s, then refined at Te Kohia. 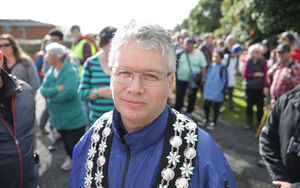 These trenches allowed warriors to shelter from artillery and were replicated by other iwi in pā designs during the New Zealand Wars.

"It's somewhere we can visit and pay our respects to our history and to those who died on both sides," said Mr Doorbar who praised the council for its foresight in actively seeking to secure a part of Taranaki history.

New Plymouth Mayor Andrew Judd said when the private owner put the land up for sale it was an opportunity not be be missed to bring a site of national significance into public ownership.

"My vision is for this to be a place for Māori and Pākehā to come together to learn and better understand each other, and to heal," said Mr Judd.

"I see this as an extension of New Plymouth's museum - Puke Ariki - where we could have an education centre that discusses not only what happened there at the Peka Peka Block but which tells the wider New Zealand story during the wars."

Mr Judd said any remnants of the pā's structure would be a key part of any educational function that was developed.

"At the time of the first shots in the Taranaki War, after Wiremu Kīngi Te Rangitāke and his men abandoned the pā, the English took detailed drawings of its design because they were so impressed with its complexity," he said.

The First Taranaki War raged for a year and involved about 3500 Imperial troops, as well as volunteers and militia.

In recent times the Taranaki Wars have been commemorated with a service at the closest public access point to Te Kohia which was followed by a similar time of reflection at the soldiers'' graveyard in Waitara.

The council said cost of the pā's purchase would be met by the sale of surplus property - including the existing homestead which would be relocated at the site of the former Brixton Hall - the leasing of some of the land for grazing and from debt.

It will be transferred into council ownership in August.