Two urban Māori organisations say two of the three directors administering a fund to help people without iwi affiliations are prioritising those who do instead. 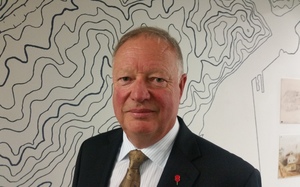 The National Urban Māori Authority (NUMA) and Te Waipareira Trust are seeking a judicial review over disagreement about how a $20 million trust fund is allocated.

The Te Pūtea Whakatupu Trust was established in 2004 as part of the urban Māori Treaty of Waitangi settlement, and is governed by the Māori Fisheries Act 2004.

Its directors are John Tamihere, Rikirangi Gage and Richard Jefferies.

The trust's aim was to support Māori who might not be able to access support from the fisheries settlement that granted iwi an allocation of more than $500m in assets.

At a hearing today in Wellington, the senior counsel for the two plaintiffs, Bruce Gray QC, said there was concern the Te Pūtea Whakatupu Trust was not achieving its goals of helping urban Māori.

Mr Gray said the board of Te Putea should be discriminating in favour of those who did not have a connection with their iwi, but the statistics proved otherwise.

"In the last five years, Te Pūtea has awarded about 190 scholarships, none of them to people who do not connect with an iwi," he said.

"The scholarship application form I referred the court to required an applicant to be able to identify their iwi, hapū or whānau relationship.

He said those questions could be replaced - or complemented - by questions that tested an applicant's relationship with an urban Māori authority.

"The plantiffs - NUMA and Te Waipareira Trust - are concerned that Te Pūtea is not achieving its goals, and the reason for this is the members of the board of the corporate trustee has two people who associate with their iwi [Mr Gage and Mr Jefferies] - and only one of them as someone who self-regards as urban Māori [Mr Tamihere]."

Mr Gray said his clients felt it would be better if the board was composed of urban Māori, and they believed that was reflected in the legislation that governed it.

No-one from Te Ohu Kaimoana, which appoints the directors, was available for comment.

The hearing will continue until the end of tomorrow.