A Māori funeral director in Auckland is asking iwi to help shoulder the funeral costs of their tribal descendants. 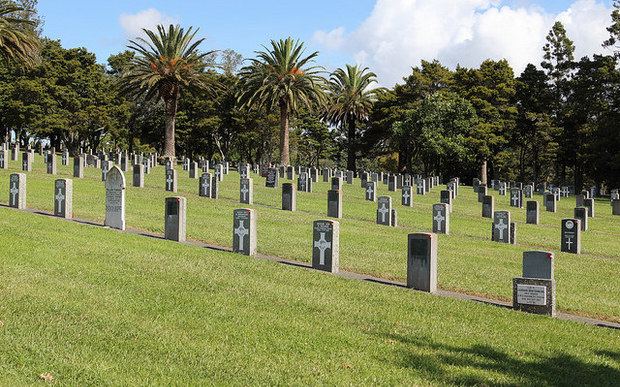 While Māori in smaller cities and rural areas pay only hundreds of dollars to bury their loved ones, whānau living in Tāmaki Makaurau have to pay thousands more for a plot.

This is forcing many to change their tikanga (custom) and choose cremation, which is cheaper.

Waitakere Funeral Services director Francis Tipene said he dealt with whānau every week who were struggling to pay a relative's funeral costs.

Whānau in smaller cities such as Gisborne and Whanganui pay between $950 and $1200 for a burial plot but those in Tāmaki Makaurau have to pay thousands more - and that's even before the cost for the funeral starts.

Mr Tipene told RNZ Insight many whānau do not realise that the money to pay for a grave, which includes the digging fee, has to be paid upfront.

"The average cost for a grave here in Auckland is around about - and when I talk about the grave I'm including the digging fee, so if you buy a plot you have to pay the council or the cemetery to dig it - your average plot is around about $5000, $4500-$5000, and that money needs to be paid upfront before the grave is dug."

Mr Tipene said many whānau were overwhelmed by this, and then had to weigh up whether to choose cremation at an estimated cost of $550 against $5000 for a burial plot.

That same dilemma is being faced by Māori in Australia, with many choosing to either bury their deceased across the Tasman or bring their family member's ashes back to New Zealand.

A Brisbane-based Māori funeral director, Ashley Bergh, said bringing a relative's body back home could cost between $5000 and $10,000 - whereas bringing back their ashes as hand luggage cost nothing.

"So that's why cremation is a better deal for some people because they can actually put off going back to New Zealand until they can get the money together," he said.

"Sending the ashes back, you take them back as hand luggage [and] they [don't] cost you anything at all on the aircraft."

Mr Tipene said iwi needed to do more to help with costs. Some of the options could be a grant, a savings scheme or making it free of charge to host tangihanga at marae, he said.

"And that's when I talk about asking iwi to help out in whatever capacity, be it financially, be it releasing the marae free for tangihanga - these are just my opinions, you know - or giving grants to the families."

He said, while he remained in the funeral industry, he would continue to try to make tangihanga more affordable without compromising service.