The Tūpuna Maunga Authority says Auckland Council has failed to consult with it over housing intensity proposals that could reduce mountain views across the city. 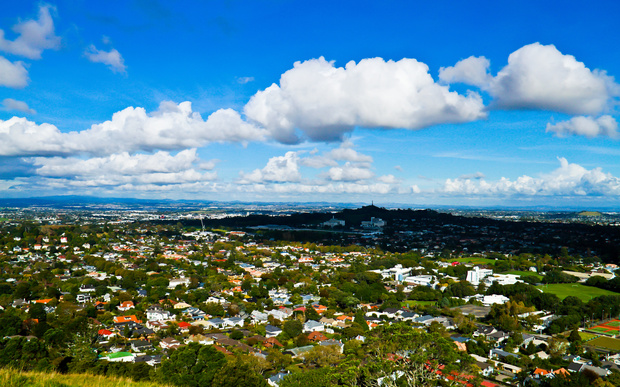 The lack of consultation was disappointing, he said.

"We understand the need for Auckland to become a more intensive city, but Auckland Council needs to catch its breath and make sure it does not undermine the most special parts of the city."

The council has been meeting to consider what position it will take for mediation, before the Independent Hearings Panel, on volcanic viewshafts and height-sensitive areas.

Viewshafts are the lines of sight from a public viewpoint to a volcanic cone and, along with height-sensitive areas, protect the public's views of the landscape.

The Proposed Auckland Unitary Plan contains 87 viewshafts, but the council's position at the start of a hearing on the topic before the panel last year was that nine of those should not happen.

Currently, resource consent is required to build above the level of a viewshaft.

Mr Majurey said he was concerned about the council's position and the process ahead of mediation.

"Auckland Council is at risk of ignoring the deep historical, spiritual and cultural significance of Auckland's volcanic cones - not just to mana whenua, but all parts of our community."

He said time constraints could have been a reason for Auckland Council's position.

"[But] what is to be remembered is Auckland Council is half of the partnership and co-governance arrangement that gave rise to the Tūpuna Maunga Authority through the Tāmaki Collective Settlement.

"Auckland's volcanic cones are one of the most significant features of Auckland culturally, archaeologically and geologically. They are features which define our city."