The only Māori meeting house in Britain is in desperate need of repair, and is currently being sheltered by a couple of tarpaulins in Surrey. 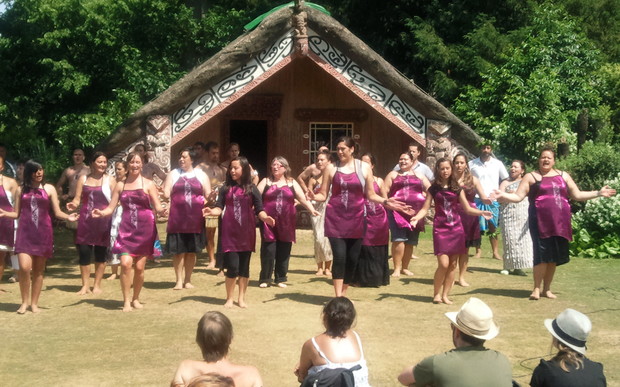 A performance outside Hinemihi in Surrey's Clandon Park, which has been her home since the 1890s. Photo: Alan Gallop for Te Maru O Hinemihi

But while Clandon House is being restored, the wharenui is languishing uncared for nearby.

The building's custodians want to change that.

"She has a thatched roof that has a couple of tarpaulins over the top to stop the rain from coming through -and we've had an awful lot of rain this winter.

"She's got some kind of plastic device over the front to protect the exterior carvings, which get the full brunt of the weather - whether it's hot sunshine or rain or snow." 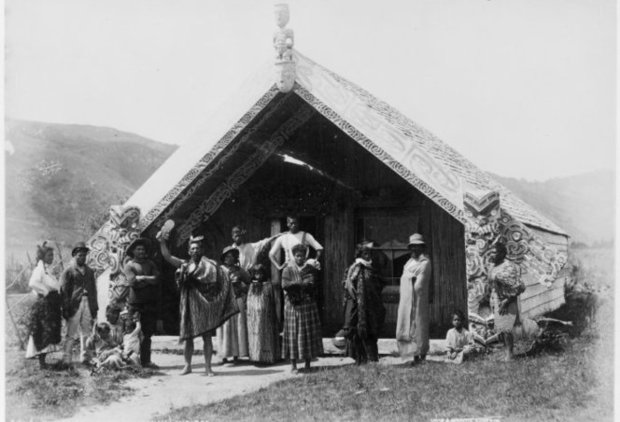 The whare ended up on the grounds of Clandon House back when it was the home of the former Governor of New Zealand, Lord Onslow.

In 1892, when his term ended, Hinemihi was dismantled, transported and rebuilt in his garden as a souvenir.

But little has been done since the building was transported to Britain.

"She's more or less in the same condition as she was when she left New Zealand nearly 130 years ago," Mr Gallop said.

"She's got no heating, she'd got no lighting. She's got no electricity whatsoever. She hasn't even got a floor."

And now Hinemihi was hidden from public view, he said.

"Anyone coming to Clandon Park and looking over to Hinemihi really wouldn't see her looking her best right now."

Hinemihi was built in 1881 and originally stood in the settlement of Te Wairoa. In 1886, more than 50 people sheltered inside her when Mt Tarawera erupted.

Now Mr Gallop's group would like to see the building restored - and used again.

"Whoever uses her will be comfortable and warm, and sitting in some of the most interesting surroundings they will [have] ever sat in.

"The time has come to refocus on Hinemihi."