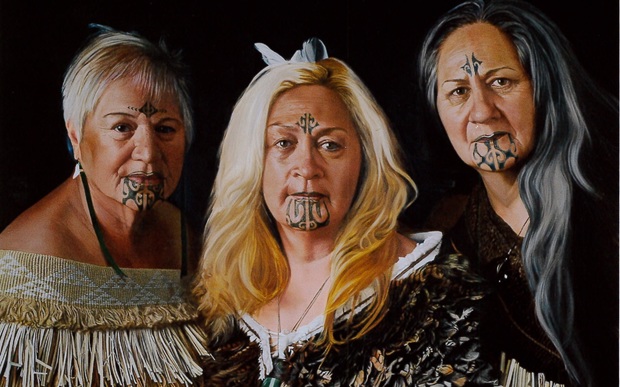 It is the first time a portrait with a Māori subject has won the prestigious award, earning Whanganui artist Andre Bronnimann $20,000.

It was one of the biggest artworks on the walls of the New Zealand Portrait Gallery in Wellington and, last night, the oil on canvas - titled Sisters - was also judged the best.

"I said no, I'm not going to win. I thought it was too traditional anyway, but hey, it happened," said Mr Bronnimann.

"It is a sense of complete satisfaction and I feel quite at peace with myself, which is quite fantastic."

Two years ago, Mr Bronnimann stopped Te Rawanake Robinson-Coles in the street in Whanganui and was so captivated by her facial moko that he asked if he could paint her.

Ms Robinson-Coles said she was stunned by Mr Bronnimann's work.

"About two weeks ago, he said 'I am nearly finished, do you want to come have a look?' and we were blown away at what he had captured in his painting.

"He has captured how we feel, how we think about ourselves and more." 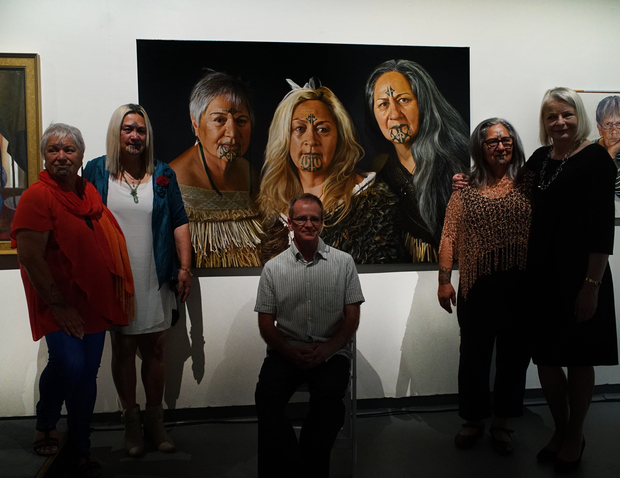 The 2016 Adam Portraiture Award attracted 366 entries and the 59 finalists are being exhibited at the gallery on the Wellington waterfront.

Judge Mette Skougaard, the director of Denmark's Museum of National History and National Portrait Gallery, flew over for the event.

"I was intrigued by the way the women are presented because they both appear in traditional Māori costume with the tāmoko on the face, which is very exotic for me, and at the same time seem very contemporary."

She hailed the piece for its technique and the strength with which the women were portrayed.

One of the 'sisters', Ria Wihapi Waikerepuru, said the painting managed to capture their life stories.

"It is for our descendants and it is really important especially with the environment and where we are today as Māori, it is very important.

"I find it very significant for my descendants, for our descendants, to have a connection with the portrait and to see us in that view," she said.

New Zealand Portrait Gallery director Gaelen Macdonald said it was the first time a portrait with a Māori subject had won the award since it started in 2002.

Public feedback last year revealed the national portrait collection was lacking in portraits of females and of Māori, she said.

"This is really fantastic for us to have this award-winning portrait now be part of our collection."

The exhibition opens to the public today. Visitors will be able to vote for their favourite for the People's Choice Award, to be announced when the exhibition closes at the end of May.