The largest exhibition of Ngāpuhi artworks are on display in Kaikohe, before the tribe's annual festival. 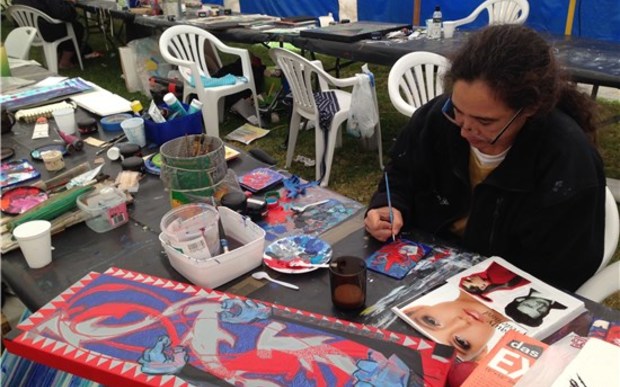 Tens of thousands of people are expected to flood into the Northland town this weekend for the two-day Ngāpuhi Festival 2016.

Paving the way for the event is the Toi Ngāpuhi exhibition, which opened to the public yesterday.

The event showcases traditional and contemporary artwork by some of the finest Ngāpuhi artists.

Ngāpuhi spokesperson BJ Ewen said all the taonga were specially made for the display.

"The wairua space is beautiful. You walk into the atmosphere of a culmination of stunning, beautiful work that has been put in there with passion and heart."

Heeni Shortland, from Ahipara, said there was a wide range of interesting art, which even captured the attention of her six-year-old daughter, Karirikura Taipari.

"She was the one running around looking at everything, pointing to a clay gun that had been made and some helmets with koru on them."

She said she enjoyed all the clay works on display this year.

Mr Ewen expected 40,000 people to come through the exhibition.

He said apart from a biannual Māori art show, called the Māori Market, Toi Ngāpuhi was the largest exhibition of contemporary and traditional reflections of Maori art in the nation.

The taonga will be displayed at Northland College, along with this year's Ngāpuhi Festival, which opens tomorrow. 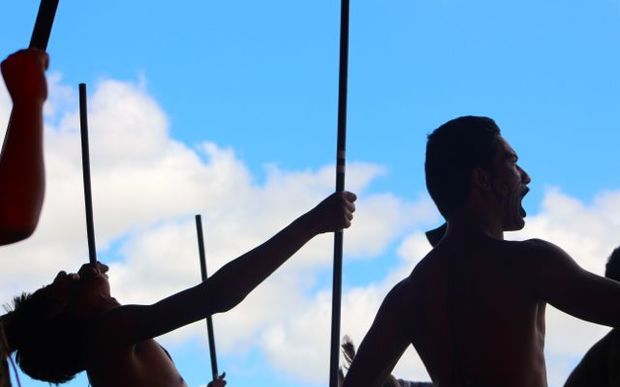 There will be two days of live music across two performance stages, with 40 different acts, including performances by X-factor winner Beau Monga, and finalists Nyssa Collins and Brendon Thomas and the Vibes.

Festival spokesman Tio Taiaki said there were plenty of rides and activities for children too.

"It is going to be a really fun festival for all the whanau."

There will also be an opportunity for wananga or discussions about the tribe's history and an update on its treaty settlement claims.

"What the festival is really all about is whanaungatanga and bringing Ngāpuhi together."

He said it was a place to celebrate being Ngāpuhi.

"You can't underestimate the value of that many people."

"It is great to be able to celebrate who we are as Ngāpuhi, our shared kinship, our whanaungatanga."

With the event taking place a week before Waitangi Day, organisers said concerns about the Trans Pacific-Partnership may be discussed in the wananga, however no protests were expected.

The festival will wrap up on Sunday evening, as will the Toi Ngāpuhi exhibition.