The National Maori Tobacco Control Service is urging the government to keep increasing the cost of tobacco, and by greater amounts.

The service, run by Hapai Te Hauora, warns New Zealand's goal of being smoke-free by 2025 will not be achieved if tobacco prices stay the same. 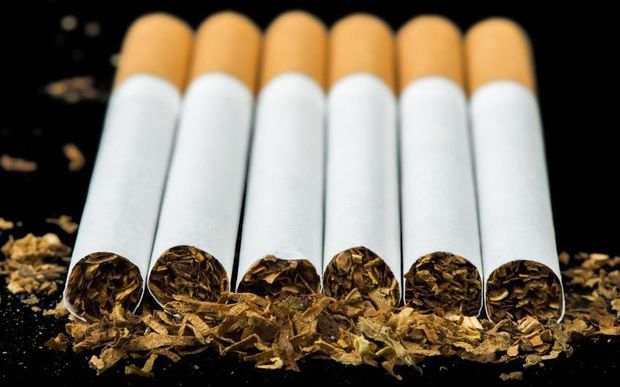 The last of a series of four 10 percent tobacco tax increases took effect in January, pushing the price of a cheap pack of cigarettes over $20.

The service has made a submission to the finance and expenditure select committee urging further tax increases at a rate of 20 percent.

After 30 years of the habit, Blenheim resident Lindi Rule wanted to leave her smoking days behind and start the new year smoke free.

At the same time, the last of the series of 10 percent increases came in, pushing her spending over the $50 mark.

"The other equally main thing is for my moko, so I am there for them later in life."

The mother of two and grandmother of three - with a fourth on the way - said she was not as fazed by the previous price hikes.

"The 10 percent was 'oh no, a couple more dollars', so I think you will find a majority of the whanau just accepting it. I think if they put it up by 50 percent at a time at $20, they would think 'oh my gosh!' That would make a difference."

Maori Tobacco Control Service kaiwhakahaere Zoe Martin-Hawke said, if larger tax increases were not brought in, the goal of a smoke-free nation by 2025 would not be achieved.

"We need to think about increasing those tax increases so it is more of a leverage for our whanau, more of a shock to people, people really can't afford it and therefore we have some mass quitting going on."

She said small price increases meant many people switched to cheaper tobacco brands, but did not quit.

While there were concerns the strategy took the biggest toll on already vulnerable whanau, Ms Martin-Hawke said the alternative was worse.

"Carrying on smoking ends up being more of a burden economically than the tax increases imposed initially on our whanau."

Aucklander Arnia Tamihana-Simich, 22, was spending up to $70 a week on cigarettes.

She said a 20 percent tax increase would have driven her to quit sooner.

"The 10 percent is not enough of a jump... People can find that extra dollar or two under the couch if they need it."

She began smoking at the age of 16, but it was finding out she was pregnant that saw her stub her last cigarette out three weeks ago.

"With a baby on the way, I have to think of baby. It is not just my lungs, it is the baby's lungs too. And babies cost a lot of money!"

Ms Tamihana-Simich's first-born will be seven years old in 2025 and she hoped he or she would be living in a smoke-free New Zealand.

But, according to Hapai Te Hauora's stance, without further tax increases that was unlikely.