The Rātana Church is calling for calm when politicians arrive at its annual celebrations near Whanganui this weekend. 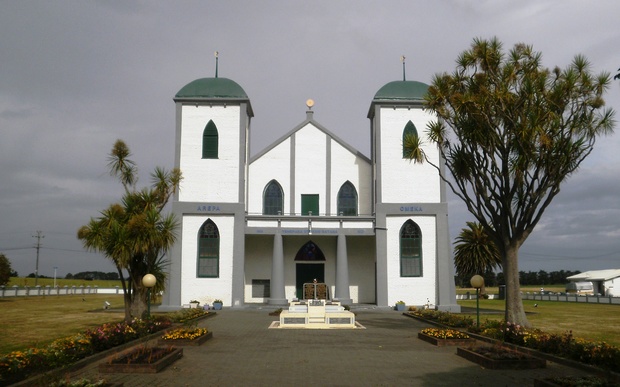 There are tensions about the signing of the Trans-Pacific Partnership (TPP) and some Māori attending the hui want to voice their concerns to MPs when they arrive at Rātana on Sunday.

Rātana church committee secretary Wiremu Meremere said it understood there were people who would like to make a statement.

"Having the nation's media here, there is the possibility of some kind of protest."

Protests have been threatened at the Waitangi Day celebrations on 6 February at Waitangi if the TPP is signed on its scheduled date, two days before the anniversary.

But Mr Meremere said people were being asked to come to celebrate the birthday of the church's founder, Tahupōtiki Wiremu Rātana, not to make a political statement.

"We don't condone the protest but we understand that the people's feelings are running high at this time.

"We understand that being the first Māori hui of the year, there is some testing of the waters." 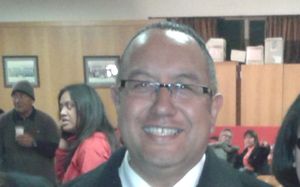 Te Taihauauru MP Adrian Rurawhe, from Labour, is from Rātana - and said it was an appropriate place for people to share their concerns about the TPP with the government.

"There have been requests by certain people who want to come here to protest and they have been all given the same message... that you do not interfere with the proceedings on the marae, and that you uphold our kaupapa here of kia tau te rangimarie (may peace be upon you)."

Rātana Church apotoro wairua (spiritual apostle) Andre Meihana said an orator was likely to raise concerns about the trade deal in the powhiri for MPs on Sunday.

But he was calling for rangimarie (peace) too.

"Sunday for the morehu (people) is a day of Sabbath and to have government officials coming on a Sunday is breaking the rules a bit, but it has just happened to come out like that.

"And all I can say to the protests is kia tau te rangimarie - peace be with you all - but do your research about the history of the Rātana Marae."

Mr Meremere said, while the politicians attracted most of the media attention at Rātana, their presence was a minute part of the hui.

Guests have already started arriving at the rural settlement, and those on the VIP list this weekend include King Tuheitia and Sir Tumu Te Heuheu.

The hui will include sports competitions, workshops, discos and live music - peppered with church services.

The birthday of T W Ratana is on 25 January and most people are expected to leave the pa by Tuesday.