The Waitangi Tribunal has found that Tuhoronuku, the Ngapuhi authority negotiating a settlement for the country's largest iwi, is not fit for the job. 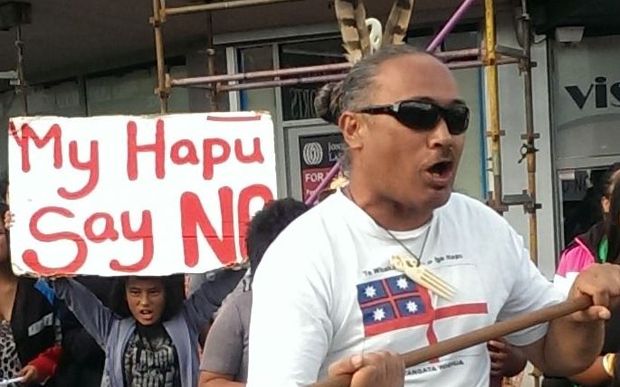 Hapu took to the streets of Whangarei in protest over the mandate. Photo: RNZ

In a long-awaited report on the contentious Ngapuhi mandate, the Tribunal said the Government should halt its negotiations with the iwi until serious flaws in the mandate are fixed.

Tuhorunuku, under its founding leader Sonny Tau, claimed to have majority support among Ngapuhi and therefore a valid mandate to negotiate the iwi's treaty settlement.

But the objections of the many hapu who challenged that and boycotted Tuhoronuku have now been largely upheld by the Waitangi Tribunal.

The Tribunal said the Government had recognised the mandate of an empty structure; the appointment of Board members and negotiators had gone ahead when only a minority of hapu were represented.

"We have found that the constitution of Tuhorunuku Independent Mandate Authority is not tika (right, valid) because it does not sufficiently support hapu rangatiratanga," the Tribunal said.

"Tuhoronuku cannot be considered an appropriate entity in its present form to negotiate with the Crown."

The Tribunal said Ngapuhi had the right to decide themselves how they would be represented in settlement negotiations. 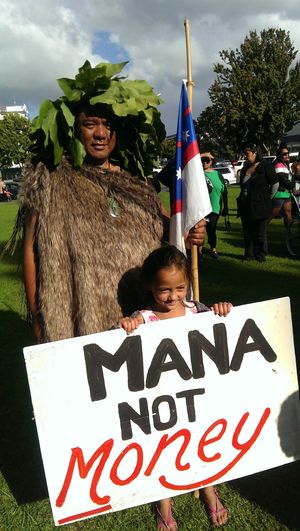 But the Crown's recognition of the mandate had locked in some hapu against their will in a breach of their Treaty right to choose their leadership.

"The process for selection of hapu kaikorero (representatives) does not ensure that hapu control who will represent them in negotiations. Hapu kaikorero can be and have been appointed on the basis of single nominations, in circumstances where hapu have resolved not to appoint a (representative)."

The Tribunal said Tuhoronuku gave hapu no right to choose who would represent them, and no effective way to withdraw.

"The Crown has the right to decide who it will negotiate with and the responsibility of ensuring it is dealing with a body that is properly authorised by those it claims to represent ... that authorisation must come primarily from the hapu who have borne the brunt of Crown actions in breach of the Treaty.

"Yet the authorisation of the Tuhoronuku mandate was neither sought nor given by Ngapuhi hapu."

The mandate process has cost the Government millions of dollars, and the Tribunal was not recommending it should be re-run.

But it said the Crown must now halt its negotiations with Tuhoronuku to give Ngapuhi necessary breathing space to work through the issues it had identified.

The Tribunal said hapu should have the opportunity to pull out of Tuhoronuku if they wished, and be given support to form their own natural groupings to pursue settlement.

The report has has been received with acclaim by the hapu who took their grievances over the mandate to the Tribunal and were given an urgent hearing.

Ngati Hine chair Waihoroi Shortland said the most important feature of the findings was that they upheld the rangatiratanga of the hapu, in line with the Tribunal's report last year that found Ngapuhi hapu had not ceded their sovereignty when they signed Te Tiriti o Waitangi.

"This is a good and thorough and courageous report, and the Tribunal under Judge Sarah Reeves should be congratulated," he said.

"But we're not all going to go out and celebrate and do the haka down the main street of Kawakawa.

"It's confirmed everything the hapu have said from the beginning of this mess and we have been vindicated. But the question now is: how do we fix it, and go forward? And that's what we must now apply ourselves to." 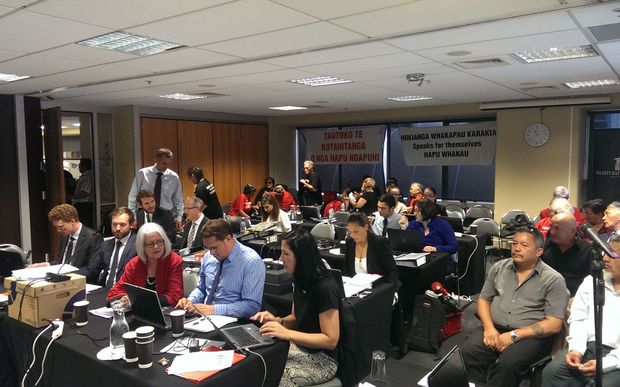