The Reserve Bank's not on the money with its superficial approach to new banknotes designs, a Gisborne iwi says.

Te Hau ki Turanga Trust, which represents Rongowhakaata and the hapū, Ngāti Kaipoho, alleged the bank had got its facts wrong by attributing the creation of the tukutuku panels on the $10 note to the Trust.

It said the bank should have consulted it first, and conducted more thorough research, before making what it claimed was a false attribution. 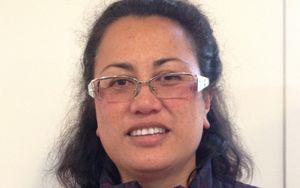 Robyn Rauna, a project manager for the Trust, said the panels that had been used on the bank note were copied from the wharenui, Te Hau Ki Turanga, which belongs to the iwi that was currently housed in Te Papa Tongarewa.

Ms Rauna said Rongowhakaata does not claim to own the panels which were created by a different iwi.

She said the problem was the Reserve Bank's attempt to attribute them to the oldest house in the country, which belongs to Rongowhakaata instead of the Māori tribe which did create them.

"It's not right that... people think they can gain access, they [the Reserve Bank] can send weavers into our house to copy the patterns, and I'm being very clear here - they're not our panels - but to try and attribute those panels to the oldest meeting house in the country our name, Te Hau ki Turanga, that's where there's been for us, a breach of the propriety interests of Rongowhakaata."

Ms Rauna said the Reserve Bank consulted with family of Sir Apirana Ngata's whānau about the $50 note which bears his image, but questioned why the same courtesy was not extended to Te Hau ki Turanga Trust.

"This project's been ongoing, and I know about the contact that was made with whānau members - the $50 note with the Ngata whānau - well why then is it different for those patterns or the use of the name 'Te Hau ki Turanga'. It's a total false attribution.

"We have engaged legal counsel about this to make contact directly with the Reserve Bank on our behalf. Was our consent sought? No, it was not."

She said when it came to intellectual property rights, the Trust acted as a custodian for the whare and it had a role in safeguarding the whare's name and identity.

The Reserve Bank provided a statement in response:

"The NZ $10 banknote has displayed this image since Series 5 was introduced in 1993. The Bank understands it is a generic East Coast pattern and on that basis may be hard to distinguish from similar patterns. This particular image was supplied to us by an appropriate representative of Te Hau ki Turanga wharenui. The Bank had no reason to believe it should have consulted with any other party.

"The Bank does not believe it can offer more information at this stage, in particular given the level of assertions and the reference to legal claims being prepared against the Bank."