Māori political veteran Dover Samuels has given evidence to the Waitangi Tribunal about a subject he has never spoken of before in public - the brutal punishment of young Māori children in the 1940s for speaking te reo Māori at school. 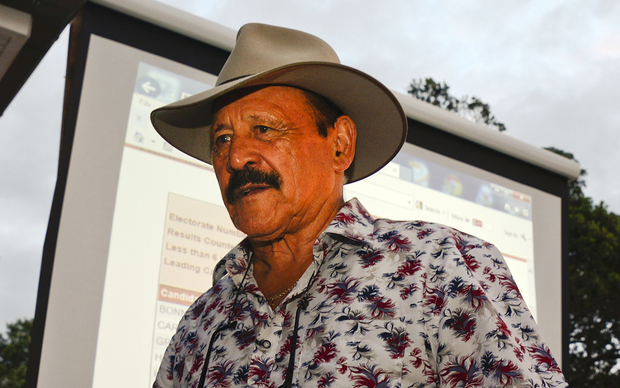 The tribunal is sitting in Mr Samuels' home community of Matauri Bay in Northland this week to hear the claims of locals and Whangaroa hapu in its long-running inquiry into the historical grievances of Ngāpuhi and other northern iwi.

Mr Samuels - a former Labour minister and the chair of the Northland Regional Council's Māori advisory committee - told Radio New Zealand News about the beatings he endured as a small boy who had only ever spoken Māori at home.

"You'd be hauled out in front of the rest of the class, in front of your own whanau, and told to bend over. The teacher would have - he had this container, which had a number of vines of supplejack out of the bush not far from the school... You'd bend over and he'd stand back and give you, what they called it then, six of the best," he said.

"On many occasions, not only did it left bruises behind on my thighs but drew blood."

He said the experience of being beaten would never leave him, and he wanted to make sure it would not be forgotten.

"I don't feel any vengeance now... I feel sadness. It was the sadness of a generation that was subject to what I would say was a cruel treatment as a result of the policies of the education department of that time, specifically targeted to Māori children."

He said the reason given for the policy at the time was that it would give young Māori more prospects in a Pākehā-dominated world.

"I think these people thought they were doing me a favour - that they were doing the honourable thing in regard to securing some sort of future for me outside of my traditional and customary environment."

Mr Samuels said the Crown should apologise to his generation, and suggested a scholarship fund could be set up for the descendants of those who were beaten.

"I think that would go some way - along with a really genuine apology - to a generation of Māori children that, really, many people have tried to actually cover up and forget about, simply because it was something of the past."

He also told the tribunal today that the Māori Land Court had no mandate to amalgamate Māori land titles at Matauri Bay in the 1960s, and its actions have led to the subsequent loss of land in a mortgagee sale.