A Northland marae, the Far North mayor and the chairman of Northland Regional Council's Māori Advisory Committee are all behind a power company's plans to develop the Ngāwhā geothermal field. 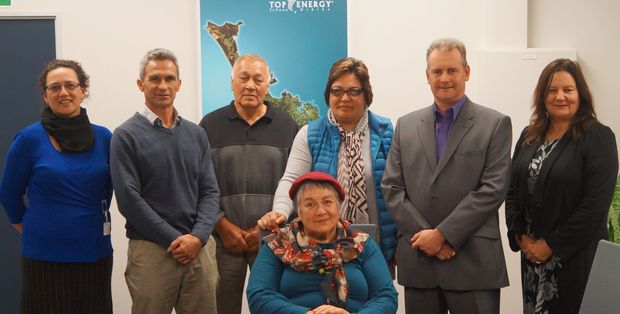 Top Energy is applying for consent to expand its geothermal power plant at Ngāwhā and has signed an agreement with the Ngāwhā Marae committee which both parties hope will lead to long-term benefits in the Far North.

Ngāwhā Marae near Kaikohe recently celebrated an agreement between Top Energy and the marae's komiti to work together on land collectively owned by Ngāti Rangi hapū members.

He said 15 years ago when he was the Tai Tokerau MP, John Carter who was the MP for Northland was against any kind of development at Ngāwhā.

But Mr Samuels said now, everyone including himself, sees it as the most industrious initiative in the rohe between an iwi and a power company.

He said the information he had received was that Ngāwhā had more potential at generating electricity than the geothermal resources in Bay of Plenty.

"John Carter and myself, he was the MP for Northland at that time, was totally opposed to suggestions made in the Electricity Reform legislation," he said.

"And we were able to separate out that piece of legislation to exempt Ngāwhā from such a proposal, and I think that that vision has come home to roost in terms of the beneficial relationship that can be entered into between the tāngata whenua and a lines company."

Far North District mayor John Carter said it was a significant step for Ngāwhā Marae to form a partnership with Top Energy.

create industries that would pump much-needed cash back into the region.

"It's also the stuff that's going to go around at the industrial park that we're talking about which will allow us then to establish sawmills, milk powder factories, and horticulture and a whole lot of positive things that will create job opportunities for our people," Mr Carter said.

"It'll help lift the town [Kaikohe] we've got $40 million of education buildings going up at Northland College we're focussing on our young people to get better education for them."

Mr Carter said it was just one of the many positive projects happening in the region that everyone in Tai Tokerau would benefit from.

Top Energy has also agreed to assist with the restoration of historic sites of particular significance to tāngata whenua.

The advisor to the Ngāwhā Marae komiti, Chris Webster, said for Top Energy to acknowledge the kaitiakitanga (guardianship) role that Ngāti Rangi played shows that it really respected the mana of the hapū.

"Top Energy has also recognised them publicly as the kaitiaki of the geothermal resource at Ngāwhā," she said.

"So these are huge principles which are written into our agreement which form the partnership that we have with Top Energy."

Dover Samuels said he would also play a role in being a cultural advisor to the electricity company.

"I like the attitude of Top Energy and the way that they've approached this partnership model," he said.

"I was very proud to attend the celebration at Ngāwhā Marae and I've advised Top Energy that I'll certainly be looking over their shoulder to make sure they do the right thing in terms of their agreement with the tāngata whenua, with Ngāti Rangi."

Chris Webster said the decision on whether Top Energy would be given consent to carry out its joint project with Ngāwhā Marae was expected to be made before the end of September.

She said the 25 megawatt geothermal power station it plans to build should be in operation in about five to six years time.