When kuia and kaumātua (elderly men and women) say Māori language vowels are 'not pronounced like they used to be', they'd be right - over the years their sound has changed dramatically. 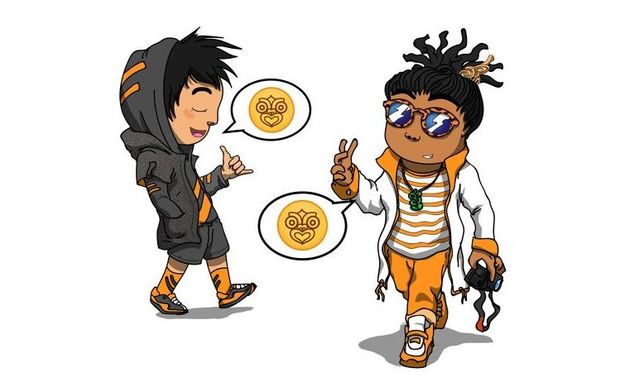 That is one of the findings of the MAONZE (Māori and New Zealand English) study analysing the pronunciation of bilingual, fluent native Māori speakers born in the late 19th century - compared to modern speakers of Māori of different ages. The speakers spanned 100 years in birth dates.

The 10-year study compared vowels spoken by kuia and kaumatua from the 1940s with speakers now and found many vowels sounds had altered.

They compared the sound of distinguished kaumatua and war veteran Henry Te Reiwhati Vercoe, speaking at the tangi of Princess Te Puea Hērangi at Tūrangawaewae in 1952, with examples by current kaumātua.

The vowel sounds used by young Māori were also analysed.

One of the researchers, Catherine Watson from the University of Auckland, said the changes were significant.

"It's not just the pronunciation - the melody, the rhythm of Māori has changed, and we have got evidence that people can hear that it's different."

Dr Watson said the short 'a' sound and the longer 'ā' vowel sounds, which are markers of well-spoken Māori, have not changed, but others have.

"The short 'a' as in 'waka' and the long vowel 'wā' (waa), those vowels in Māori have not changed over time," she said.

"They're very important because they are in a lot of words, they are markers of well-spoken Māori, but others like the short e and long ē (ee) in words like kete and kē, that vowel has got from an 'eh' sound to an 'ee' sound.

"The other one that's changed a huge amount is the 'u' vowel. Words like tuku and tū, they have become a lot more 'fronted', so they are produced a lot more at the front of the mouth, which has also happened in New Zealand English.

Dr Watson said diphthongs, where the tongue changes position to produce the sound of two vowels, which were used by kuia and kaumātua of the 1940s, have now merged into just one sound.

"There are other sets of vowels called diphthongs. They are ones like 'ai' and 'au' and when we were talking to people in the Māori community they were mentioning about how vowel mergers have happened so that distinctions between words like 'pai' and 'pae' are changing.

"The Māori word for 'good' and word for 'edge' or 'boundary', they are actually two distinct words, but they have merged over time so our oldest speakers from the 1940s would make the distinction, but our younger speakers do not."

Dr Wilson said researchers were trying to understand why those mergers happened.

"What we found is that the impetus of those changes is due to internal changes within Māori as opposed to the impact of New Zealand English.

"All languages change - they undergo change - what we've finding in Māori is that, yes, there is some impact of New Zealand English on it, but some of the changes are just internal to Māori[dom] itself."

Call for leaders to set example

The Vice Chancellor of the University of Waikato, Neil Quigley, said people learned how to pronounce language from the people they looked up to. Professor Quigley said New Zealand leaders should lead others by example.

"I think it's very important that the leaders in our society in New Zealand make the effort to be able to say more than three words in Te Reo Māori because it's what distinguishes us from other English speaking countries.

"Without Te Reo Māori and tikanga Māori then New Zealand would have relatively little difference from other English-speaking countries around the world."

Mr Quigley said one of the sounds of the Māori language that he has heard an obvious change in is the 'nga' sound.

"Over time it seems that, for a lot of speakers of Te Reo, the distinction between the 'n' and 'ng' sound is gradually fading so people don't clearly distinguish between 'na' and 'nga' sound as they would have in the past."

Professor Quigley said the challenge with languages is that there are always dialect differences, and what people might think is change could actually be to do with dialect.