Aotearoa rather than New Zealand will be emblazoned on the Black Caps' playing shirts in the opening one day international against Zimbabwe in Harare on Sunday. 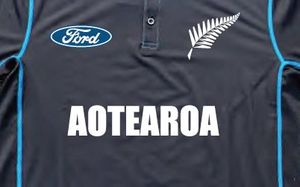 The chief executive of New Zealand Cricket (NZC), David White, said the initiative was part of Maori Language Week and highlighted the organisation's new approach to embracing diversity and inclusivity.

Mr White said, while the change in name on the playing shirts was a one-off activity designed specifically to mark the end of Maori Language Week, the overall intent was to provide Maori communities with improved access to cricket on an ongoing basis.

"NZC want to extend cricket's reach and make it more welcoming to communities not always closely aligned with the game," he said.

"It's something we haven't done particularly well in the past. We've been too one-dimensional in our approach and especially in regard to addressing under-representation in certain communities... But we have to start somewhere."

Mr White said NZC would shortly start a range of new cricket playing programmes that would better suit the needs of people in today's world, particularly in terms of duration, access and cost.

"Cricket is a wonderful game that anyone can play, irrespective of age, gender, ethnicity or culture," he said.

"We just need to make sure everyone feels it's accessible and welcoming - which is part of the reason for reaching out this week."