Some Te Reo experts are challenging the idea that Māori is a dying language.

The researchers behind a new study, 'Growing Up in New Zealand', have said its results show the language is not as vulnerable as has been previously reported. The study follows the lives of almost 7000 children from birth to 21 years old. 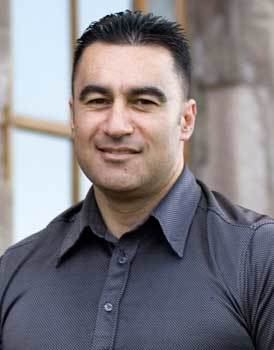 The Māori expert advisor for the research, Te Kani Kingi, said a younger generation of parents have experienced more exposure to Te Reo and the number speaking the language is actually on the rise.

Dr Kingi said the results show that Te Reo is no longer in a precarious state.

"What the results clearly show is that there's an enthusiasm by Māori parents and, in fact, even non-Māori parents, to ensure that their children have the opportunity to learn and to speak Te Reo Māori."

Dr Kingi said society's attitude towards it was more positive compared with 20 years ago.

He said the number of Māori toddlers who could speak their native tongue had increased.

Figures from the study showed that overall 12 percent of all tamariki (both Māori and Pākehā) were described by their mothers as understanding at least some Te Reo when they were two years old.

Dr Kingi said, with Māori and Pākehā becoming more exposed to the language and culture over the last 20 years, people now have a more open attitude to their children learning Te Reo compared to their parents' generation.

"While many Māori parents and in fact the vast majority of Māori parents don't speak Te Reo Māori or have very limited knowledge of it, increasingly the data is revealing that they want to ensure that their children are afforded the opportunity to learn as much Te Reo Māori as they can."

'It's important to hang on to the language'

That attitude is echoed by some on the streets of Wellington. John, from Vogeltown, who is in his 50s, said learning Te Reo was more important than learning a foreign language.

"I think it's important to hang on to the language, and not learn Mandarin or German, or something like that, because I don't feel it's relevant to New Zealand unless you're going to live over there," he said.

"Now and then us Pākehās sometimes we've got to go to tangis (funerals) and got to go on to a marae and it's nice to know the etiquette, and nice to be able to understand a little bit of what's going on, I can pick up bits and pieces myself."

A businessman, Andrew, visiting from Sydney, said it was good to see that the Māori language was quite prominent everywhere he had been.

"Well you see a lot of it, like any official place like the airport and when you come through any government area that you walk around - anything like that, yeah, you do see quite a lot of it."

"Twenty years ago, people wouldn't even been engaging in that type of conversation. There's now an acceptance by New Zealanders more broadly around the value of Te Reo Māori, and that it's fundamentally part of New Zealand culture."

Dr Kingi said if it hadn't been for initiatives such as kohanga reo, kura kaupapa and bilingual units in mainstream schools, Te Reo Māori could have completed faded out.