Taranaki Māori have been celebrating Puanga this week - their version of Matariki or the Maori New Year. 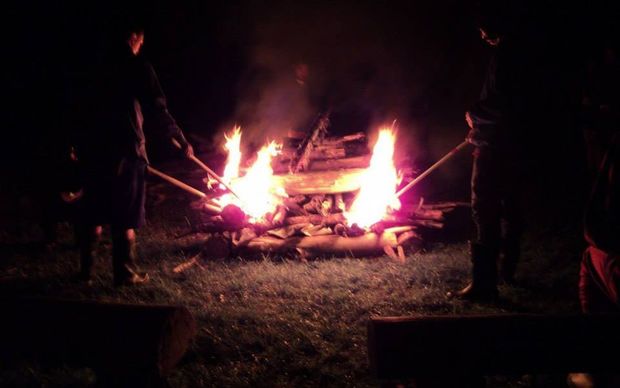 Taranaki and Whanganui iwi, and some on the West Coast of the South Island, recognise the rising of the star Puanga - or Rigel - as signalling the start of the new year, rather than the appearance of the constellation Matariki, or Pleiades.

Puanga rises to the left of Mount Taranaki at this time of the year, while Matariki is often still obscured.

The festival, held last weekend, has been running for three years. It begins with the lighting of a bonfire to signify new growth.

"In ancient times it was the practice to clear the debris so they would light the area and it would clear the area for digging, so the fire is the symbol to start our little festival," Ms Wharehoka said.

"The gardening was absolutely wonderful this year. We had a strong contingent who cleared our gardens, dug our gardens and prepared it all for the new season," she said. "An amazing amount of work was completed in a very short period of time."

Parihaka resident Emily Bailey said Puanga was a sign that winter had arrived.

"It's time to finish your harvest, go inside, get warm and enjoy winter - telling stories around the fire and things like that."

Ms Bailey said the idea of a festival came about from hearing stories from kaumatua about how they had to get up and watch the Puanga star rise.

"Our kaumātua talk about when they were kids they used to have to wake up early in the morning and watch the star come up and it was freezing cold, and they didn't ever want to do that when they grew up.

"So I think the tradition got lost for a while but now it is coming back because of the efforts of a few people like Te Rū Wharehoka."

Maata Wharehoka said Puanga was celebrated in essentially the same way as Matariki. It was a time to give thanks to those who came before and prepare the soil for the cold months ahead.

"Each year we remember our ancestors and the effort they put into keeping the gardens going at Parihaka, she said.