An architectural expert says learning from the past could help solve some of the housing issues facing Māori. 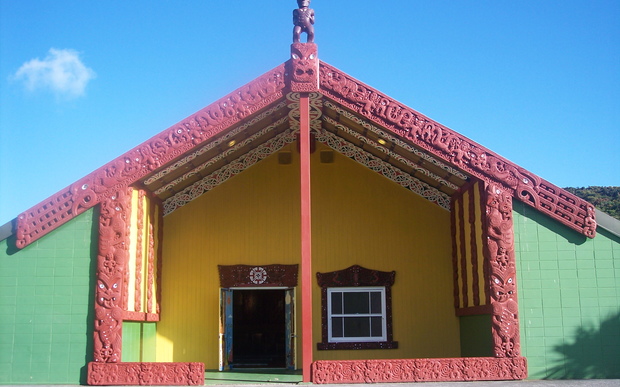 As the housing market continues to heat up, some people are being locked into sub-standard living arrangements.

The Ministry of Business, Innovation and Employment said Māori were over-represented among those facing serious housing deprivation.

Māori architect Rau Hoskins said introducing 'papakāinga', or housing that sees whānau living in closer proximity to each other, could remedy some of the problems they face, such as damp, overcrowded and poor quality homes.

Mr Hoskins said it did not have to be that way.

He said the nuclear family approach to housing - one family, one house - simply was not working.

"The euro-centric approach to housing, I would argue, is not even working for Pākehā people, because we see marooned elderly people in their own homes, or living away from their children or living in rest homes," he said.

Mr Hoskins is working on a project designing papakāinga in an urban setting, with high quality homes, clustered around communal outdoor areas.

He said they would ensure whānau could access family support networks, and he believed iwi were in a good position to help develop papakāinga.

"The desire to live in close proximity to each other is a uniquely Māori dimension," he said.

"We know that families are scattered around Auckland and various parts of, say, one suburb or others, not able to provide the necessary support to each other."

Iwi leaders have expressed an interest in buying state houses from the government and the chairperson of Rūnanga o Te Rarawa said that could help kick-start the development of papakāinga.

Haami Piripi said iwi wanted to provide warm, safe, and stable housing for their hapū members, and such a development would place whānau at its centre.

"There are opportunities there for us to explore new ways of living, based on old understandings of dynamics between individuals and families," he said.

"There's lots to be learned, I think, from the Māori experience of what we might call perhaps communal-type living."

Earlier this year, the Wainuiōmata Marae had neighbouring land returned from the Hutt City Council.

That land was now considered a marae reserve, which it was hoping to develop into a papakāinga.

Marae secretary Cheryl Davies said while it was only early days, the development would be eco-friendly and the marae would act as its focal point.

She said the homes would be well-built and targeted at people struggling to get into housing.

"We'd really like to see as many of our families as possible living in warm, healthy housing - especially the children," she said. "If we can contribute in some way to that happening, then we'd definitely like to see that."

She said the ownership structures of the housing were still being looked at, and said the marae was looking at other papakāinga projects to make sure the business model would be sustainable in the long term.