Maori are being told they need to wake up to the issue of earthquake-prone marae. 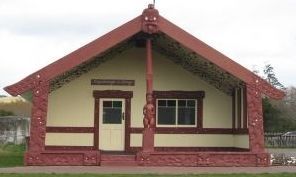 Dr Regan Potangaroa, associate professor of architecture at Unitec Institute of Technology, has described the situation as a 'big runaway train hurtling towards them'.

He said incoming government laws to make buildings more robust would hurt Maori economically and strike at their cultural heart.

Dr Pontangaroa said most marae chairs and committees did not even know they would have to comply with the new rules.

He said if marae buildings such as wharekai and toilet blocks were not strengthened, marae could be red-stickered and forced to close until they were upgraded within a five-year timeframe.

Most marae ran on a koha basis, so their income was intermittent and spasmodic, he said.

The Ngati Kahungunu descendant said making changes to marae within five years would be almost insurmountable.