Māori Television is refuting allegations by the Labour Party that it lacks editorial independence, following the resignation of reporter and presenter Mihingarangi Forbes. 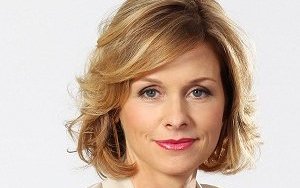 "Labour raised significant concerns in Parliament before Mr Maxwell was appointed to the job and a board member resigned over the appointment process.

"The appointment went ahead regardless. Since then several very senior and highly respected staff have left," she said.

Ms Curran said she was informed Māori Television pulled a panel discussion on Whānau Ora and decided not run a controversial story on Te Kohanga Reo.

She said that raised concerns about whether there had been managerial, or even political, interference into those decisions.

But Maori Television's Head of News and Current Affairs said there was never a decision to pull the Te Kōhanga Reo story and it should run next Monday.

Maramena Roderick said the reason it hadn't aired was because it's going through legal processes and checks.

She said it was decided the panel discussion on Whānau Ora would be pulled after a discussion with Native Affairs producers to change the format of the show when it airs on public holidays.

"It was decided to move panels and debates to weeks when they would rate more highly. Instead a best of Native Affairs was screened on Queen's Birthday.

"This decision proved to be the right one as the show achieved its highest rating on record since it began in 2007," she said.

Ms Forbes told Te Manu Korihi she was not in a position to comment on her resignation.

Following her resignation from Māori Television, it was announced that she would be joining Radio New Zealand as a specialist correspondent.