A group of New Zealand health experts is urging the Government to introduce a tax on fizzy drinks and adopt other strategies to help combat obesity in Māori children and rangatahi (young people). 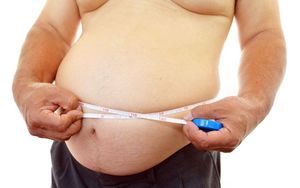 The Healthy Food Environment Policy Index, or Food-EPI, recommended the Government introduce a 20 percent excise tax on sugar-sweetened beverages and to then use that money to promote healthy diets among tamariki.

It also wanted rules around what food can and cannot be sold in kura and education centres.

The most recent New Zealand Health Survey revealed almost half of Māori adults and two-thirds of Pacific adults were obese between 2011 to 2013.

One of the health experts who supports the new regulations, University of Auckland senior research fellow Stefanie Vandevijvere, said Māori children were also much more likely to be obese than non-Māori.

She said for Māori children between two and 14 years old, the rate was 44 percent, whereas for European-New Zealand children, the rate was 27 percent.

"That's quite a large gap there. We need to think about key strategies to be able to reduce childhood obesity among these groups."

She urged the Government to take the proposals seriously.

"The Government has signalled that it wants to make a genuine effort to reverse New Zealand's unacceptably high rate of childhood obesity, and these three policies really need be a central part of the Government's plans for that to be successful."

She said she hoped the Government takes up the strategies when it announces its plans to tackle child obesity before the end of the year.

The Food EPI Expert Panel, made up of more than 60 New Zealand public health professionals, medical practitioners and NGO leaders, reviewed the Government's recent actions and rated their implementation and compared them to other countries.

The experts identified three priority policy actions, which include:

According to the most recent New Zealand Health Survey:

In response to the health experts' call for the Government to implement the three policies, the Principal Advisor Public Health, Dr Harriette Carr said in a statement: