The leader of a Far North delegation opposing a Norwegian oil company's exploration plans in his rohe hopes the country's indigenous leaders can put pressure on the company to abandon its operations. 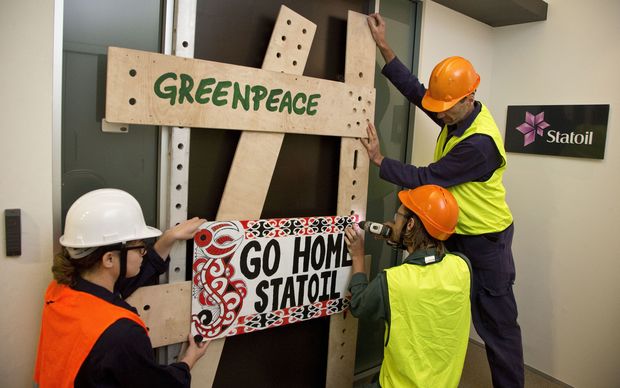 Mr Smith said his roopu was well received by Saami leaders, who, as tāngata whenua, recognised their concerns in protecting the marine environment.

He said the Saami Parliament had a strong influence in Norwegian politics, but he hoped his trip would raise wider awareness and support.

"Well, I guess there's no one single silver bullet that's going to achieve the objectives that we want, which is the withdrawal of Statoil from our territories," said Mr Smith.

"But I think it's the compounding effect of a range of things, you know, that bring pressure to bear on Statoil.

"So, it's not just going to be the Saami support for us, but that, together with a number of other initiatives, is quite likely to bring increased pressure to bear on Statoil."

Mr Smith said the Saami Parliament had a lot of clout in the Norwegian Parliament and worked with them to develop policies about how it should interact with its tāngata whenua.

He said he also had a meeting at the Saami University in the far north of Norway with indigenous academics who are skilled in international law that gave him some very good legal advice.

Mr Smith said the delegation had a very busy schedule over the next few days, including attending the Statoil annual general meeting where it would have an opportunity to present its message to the shareholders of the oil company.