Former Race Relations commissioner Joris de Bres has told New Plymouth voters they have nothing to fear from the introduction of a Maori ward. 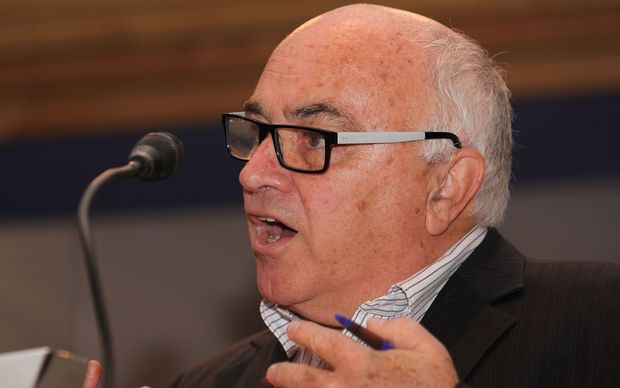 Mr de Bres has been speaking at an information forum in the city, which attracted about 70 people, ahead of a citizens-initiated referendum on the issue.

New Plymouth District Council voted last year to establish a Maori ward at the next local government elections in 2016.

But in February a petition championed by former New Plymouth Greypower leader Hugh Johnson got the numbers required to spark a referendum.

Mr de Bres said the popular argument that Maori wards were undemocratic did not stand up in the New Zealand context.

"Maori seats in Parliament and the idea of Maori constituencies in local government is a uniquely New Zealand form of democracy, sanctioned by Parliament and part of our constitutional arrangement.

"Lets think about this as affirming the longest and most continuous democratic tradition in the world."

Mr de Bres said a vote against a Maori ward would represent another example of the tyranny of the majority.

A vote in favour on the other hand would offer Maori a place at the table which would prove a unifying force rather than a divisive one, he said.

"What you are doing if you vote in favour of this proposal is creating or making that space available and leaving it to Maori to whether they want that representation or whether they happily go onto the general roll.

"So what is so threatening or damaging about that."

Other speakers at the forum included Doug Leeder, the chairman of the Bay of Plenty Regional Council, which has three Maori wards, and Tipa Mahuta who is one of two Maori ward councillors on the Waikato Regional Council.

Ms Mahuta said Maori wards were a step towards improved understanding between Maori and Pakeha and an opportunity to get Maori around the council table.

"For 150 years we've been walking around each other and we're still a bit of a mystery to one another, well that's true in my area," she said.

"People drive past marae and they know they're marae but they haven't been there in the 50 or 60 years in the Waikato so we've got a lot of work to do.

"And I say that because it's easy, we have perfected the politics of exclusion."

Ms Mahuta said being a Maori ward councillor was not a free pass and presented its own unique challenges.

"I've been asked if I'm the minute taker and I've been mistaken for a whole lot of other things but not as the deputy chair of council.

"So this is really new for the Waikato because I'm the polar opposite of most local body politicians in my area. I'm younger than them, darker than them and funnier than most of them."

While most people in the audience were in favour of the introduction of a Maori ward, a Te Atiawa kaumatua, Grant Knuckey, said it was sad that on the centenary of Gallipoli, Maori were still arguing for equal representation. 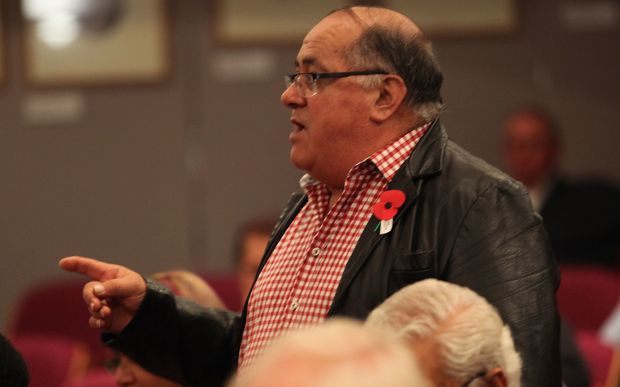 Te Atiawa kaumatua, Grant Knuckey is concerned an overwhelming rejection of the Maori ward will have a negative impact on young Maori. Photo: Glenn Jeffrey

Mr Knuckey was concerned about the affect an overwhelming loss in the referendum would have on young Maori and wanted to pull out of it.

"What really worries me is the aftermath of the negativity which then spreads amongst our kids and when they go to school they feel perplexed about being Maori and ashamed."

Voting packs for the referendum go out tomorrow and polling closes at noon on 15 May, with a result expected later that day.