New Plymouth's mayor is calling on the Government to change the law so that half of all councillors are Māori.

Andrew Judd believes local government should reflect the Treaty of Waitangi, there should be more Māori representation and tāngata whenua should have an equal voice. 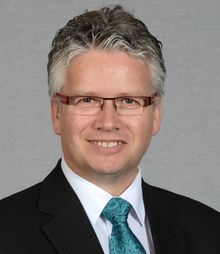 "We haven't gone any further ahead at a local government level with our commitment and our relationship with iwi. Ideally for me it would be 50-50 at the table."

The New Plymouth District Council recently voted for the creation of a Māori seat, but the proposal was met with resistance, and councillor John McLeod resigned in protest when it was narrowly accepted by 7 votes to 6.

Mr Judd says despite anger over that decision, only positive things will come of it and believes people need to get past their fear of building an equal partnership with Māori. He is calling on the Government to legislate so that Māori have permanent representation at a council level.

"I want to challenge my local MP and John Key's government that this aspect of the law needs changing because if the community can turn round and the majority says 'no' to the Māori ward what does that say about us?"

The mayor says he would encourage Māori to register on the Māori Electoral Roll - a system that has been brought to Aotearoa by Pākehā - and believes Māori should have an equal voice at the table,

"If the Māori ward goes through it starts at the next election cycle, which is 2016. It will be in place for two cycles of elections when it comes up for debate again - which in itself is an issue that I challenge our Government to look at and change, because the mere fact that an elected council can then have a decision like this overturned through petition is, to my knowledge, the only issue that can be done in this regard and that is failing the Treaty from the Government's perspective - that's wrong." 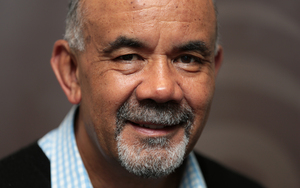 The Minister for Māori Development and Māori Party co-leader, Te Ururoa Flavell, agrees with the mayor's comments, saying equal representation is a benchmark that should be strived for.

"It will always be the Treaty argument - a 50-50 representation. The mere fact that he's asked for just one representative as a right is a fallback position to achieving that ultimate goal.

"I think that Māori as tangata whenua bring that unique perspective - and you can talk about it as a Treaty right - to the decision-making table. His view about how that should happen is way ahead of his time and hopefully we'll achieve that at some point in the future."

"It's seldom that Māori actually get a space onto any council in this country. There are examples where Māori input in the local bodies has been hugely helpful. The Māori Statutory Board in Auckland has opened up the door on that, and we shouldn't be scared of taking up the opportunity to engage with tangata whenua." 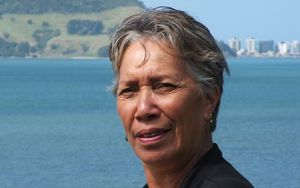 The only figures available from Local Government New Zealand show that in 2011, only 5.7 percent of all councillors defined themselves as Māori.

The deputy chair of the Māori Collective, which represents 16 iwi and hapū, says the group supports Andrew Judd's call for equal representation in local government.

Matire Duncan says people who claim the move would be separatist and divisive are motivated by fear.

"They don't see the seriousness of what we've trying to voice as Māori. We think differently, we act differently and our Māori world view is different from how they see things. It's a lack of understanding about the Māori community."

But Local Government New Zealand president Lawrence Yule, who is also mayor of the Hastings District Council, rejects the idea, saying he doesn't think it would be popular with other mayors. 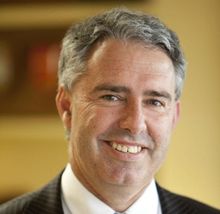 "I wouldn't support it myself. If I look at my own community in Hastings, the population is not 50-50 - about a quarter are Māori, so I think the council needs to reflect the community.

"I can't comment on whether any others in New Zealand would actually agree with the 50-50 share of Māori vs non-Māori representatives on the council. I think that would not be universally popular."

Local Government Minister Paula Bennett provided the following response: "Mayor Judd has written to me directly on this issue and I am seeking advice on the matter and will respond to him in due course, however at this stage I'm confident the right processes are in place."

The MP for New Plymouth, Jonathan Young, has not yet responded to requests to comment.