The country's top haka performers have made it clear to organisers of Te Matatini they want the best judges selected for future competitions. 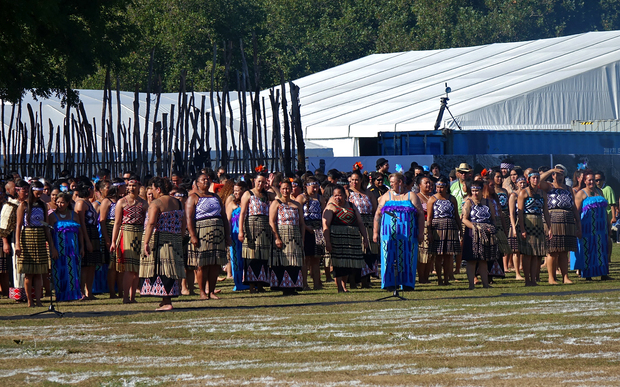 A scene from this year's Te Matatini Photo: RNZ

Nearly 100 people, including organisers, judges and haka team leaders, have met in Rotorua to talk about concerns and ways to improve the operations of the national competition.

Paraone Gloyne, a tutor of Waikato team Motai Tangata Rau, was among those at the hui.

He said, aside from questions relating to Te Reo Maori, there were still a lot of judges who did not back up their comments during the competition.

Mr Gloyne said Te Matatini was a national competition, which asked for the best kapa haka and performances for the event.

But, he said, the teams also wanted top judges and wanted them to do their best while doing their jobs.

Mr Gloyne said that issue naturally came up in the hui. He stressed that organisers were not solely responsible for selecting the judges and said some of the onus lay with the host region.

Chief executive of the Matatini society, Darrin Apanui, said all teams have a say in who they wish to nominate as judges.

Despite the concerns raised, Paraone Gloyne said the hui was positive, and the performers and organisers could now move forward - stronger than before.