A Maori historian is eager for more rangatahi to take up his profession so the stories of Maori veterans live on, and are not taken to the grave. 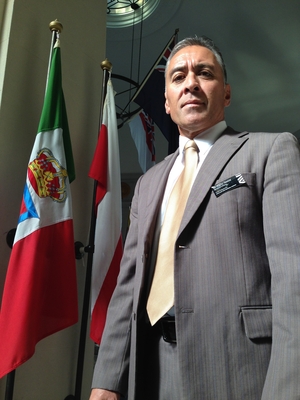 This year marks the centenary of Anzac Day.

Monty Soutar is currently researching the lives of some of the Maori men who served in World War One through written records, including diaries held by their families.

Dr Soutar (Ngāti Porou, Ngāti Awa) is a senior historian for the Ministry for Culture and Heritage.

He said there were very few people who knew about the service of the country's Maori soldiers.

Dr Soutar said he was very keen to get others into the field so that, in time, they will able to provide the information.

He said it could get quite challenging, around Anzac Day particularly, because there was nobody to go to who could really share information about Maori participation in World War One and World War Two.

Dr Soutar said if the information was not passed on, it would be wasted if it ended up in the grave.