Monday marked the centenary of New Zealand's declaration of war in 1914, but the more significant day of that year for Maori soldiers came two months later. 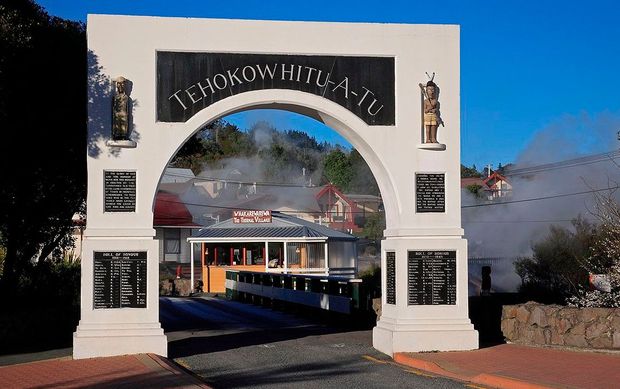 "Te Hokowhitu-a-Tū" (the 140 warriors of the war god) was the motto of Māori who served in the wars – the Native Contingent, which fought at Gallipoli in the First World War, its successor the Māori Pioneer Battalion, and the 28th Māori Battalion of the Second World War. The memorial was unveiled in April 1950. Photo: PHOTO NZ

More than 2000 tangata whenua fought in the First World War.

There were 336 casualties and 734 wounded, at a time when the Māori population only numbered about 50,000.

War historian, Monty Soutar, says October 17th 1914 is significant for tangata whenua because it's when the Māori Contingent was formed, and travelled to Avondale to start training before leaving in early 1915.

He said it was the first organised effort by Maori to be involved in an overseas dispute.

Mr Soutar said their offer - at the beginning of the war - was declined because indigenous cultures weren't involved in wars between white people.

But he said once it was known India and Algeria were taking part - the offer to set up an ethnic unit was later accepted.