A Māori rights movement in Australia is backing an Aboriginal Council campaign to stop the federal government from closing remote indigenous communities.

The Western Australian state government is planning to close down such settlements which it said cost too much money to maintain. 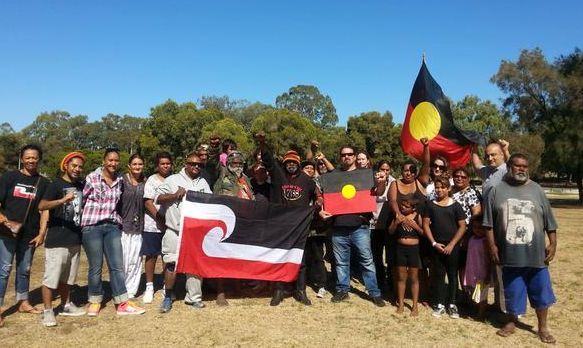 The Noongar people of Western Australia, a tāngata whenua rights movement and a federal senator are outraged by the Prime Minister Tony Abbott's decision to cut funding to remote Aboriginal communities.

Mr Abbott announced that his government will no longer fund essential services to remote communities and gave the Western Australian Government a one-off payment of $90 million to take responsibility.

State Premier, Colin Barnett, said he would be forced to close over 100 Aboriginal communities because that money would run out after three years.

Chairperson of the Aboriginal Health Council of Western Australia, and a staff member of the South West Aboriginal Land and Sea Council, Michelle Nelson-Cox, said indigenous communities are already self-sufficient and questions the government's plan. 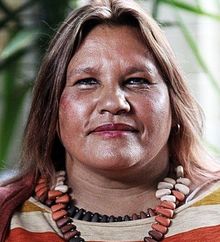 "If that's the case, that the government is withdrawing its municipal services funds for Aboriginal people to remain on their communities, then where is the $90 million likely to be spent?" Ms Nelson-Cox said.

Ms Nelson-Cox feels that Aboriginal communities are being singled out and the government needs to do some more research into how much the communities cost to run.

"If you're going to be dinkum about saving costs then Aboriginal people are not the first core of people that should be targetted at every opportunity.

"If he [Colin Barnett] done his proper analysis of what it actually costs other service delivery components throughout the state then he [Mr Barnett] also needs to do a review of how much is costs to keep some of our small towns who have the same number of population as some of our remote Aboriginal communities". 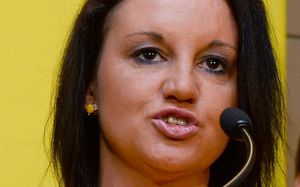 She said Aboriginal people need to be given a strong voice in parliament.

"If we had indigenous seats, dedicated seats in parliament, we wouldn't be having this issue that we're having now", said Ms Lambie.

"I do not believe that it's in the best interests of the 'indigenous Australia'.

"I'm absolutely embarrassed by the Prime Minister's coming up with these plans and I can assure you it will not stop the gap widening when it comes to the mortality rates (of Aborigines) and they're not tackling it in the right manner".

A Māori rights movement, Iwi n Aus, is lending its support to the Noongar people in Western Australia.

Its leader, Erina Morunga, of Ngāpuhi, who is based in South Australia, said her organisation is looking at practical ways it can support the Aboriginal campaigners. 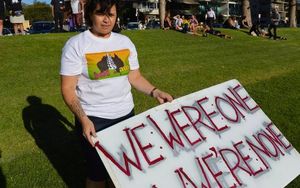 "We are pulling together some key people in Adelaide... and having our first hui to have a discussion about what we can do with regards to raising funds", said Mrs Morunga.

"And it's one way we can support, in a practical sense, is to continue to replenish their supplies of food and water, just the basics so that they can keep standing".

Back here in New Zealand a Māori band in Hamilton has organised a hikoi on the 1st of May to protest against the forced closure of remote Aboriginal communities.