Maori Party co-leader Te Ururoa Flavell will hear directly from expatriates living in Australia about what they describe as unjust laws that treat New Zealanders unfairly. 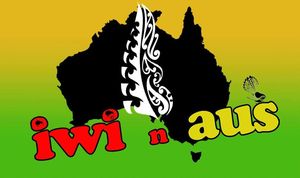 Iwi in Aus, a Maori rights movement based in Australia, says it will meet Mr Flavell on 14 March to talk about the challenges they face as Maori in Australia.

They say a law change in 2001 prevents New Zealanders - a significant number of them Maori - from getting access to higher education, disability, justice, mental health and housing services.

Mr Flavell hopes his trip across the Tasman will give him a better idea about what can be done.

He says he knows Prime Minister John Key has already addressed the issue with his Australian counterpart, Tony Abbott, but says those talks don't seem to have made any headway.

Mr Flavell acknowledges the issue isn't just a Maori one, saying it affects all New Zealanders who arrived after 2001.

He says he wants to get first-hand testimonies from expats to get a better grasp of the matter and see what his party can do about it.