Efforts to raise the living standards of Ngati Tuwharetoa people are to be locked into the tribe's Treaty settlement. 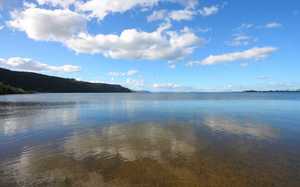 The iwi had got the Crown to commit to lifting education, health and living conditions for the uri (descendants), and to improve their cultural and spiritual wellbeing.

The agreement was written into an Agreement in Principal, the foundation for the Deed of Settlement.

The document highlighted that Tuwharetoa people had suffered significant social and economic deprivation.

According to Statistics New Zealand, Ngati Tuwharetoa people had a median income of $21,900 compared to a national Māori average of $23,700.

Of Ngati Tuwharetoa descendants, 32.2 percent had received income support before the 2013 Census, and 55.3 percent of of its people lived in rental accommodation, 17.9 percent of which was provided by Housing New Zealand.

The Crown promised to work with Ngati Tuwharetoa to develop a socio-economic profile for members before the Deed of Settlement was ready to be signed, helping the Crown agencies to tackle the problems raised.