3 News is shrugging off criticism for its weather presenter's regular use of Te Reo Māori. 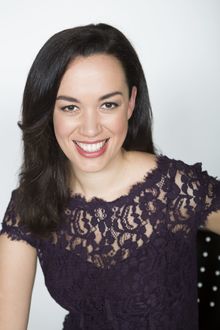 Kanoa Lloyd started working for the channel five months ago, and was surprised by the backlash to her using the language.

"It's been a new thing to me, people writing to me to request I don't refer to New Zealand as Aotearoa, and to be honest I was a bit surprised by it.

"I thought I had a bit of a thick skin but I've never really encountered people who take offence to Maori being used," she said.

Ms Lloyd has taken to Twitter to talk about the resistance to Te Reo, saying it was a weird part of her job to get weekly complaints about her using Māori words in the weather report.

She said there seemed to be a range of issues among some viewers.

"I think some people are also a bit challenged by the fact that I sometimes I refer to the North and South islands by their Māori names; Te Ika-ā-Māui and Te Waipounamu, and I say 'Kia Ora'. I try to use kupu [words] in that format as much as I possibly can."

"Anything that's not normal isn't perhaps accepted as easily. The media has a significant role in protecting the language as well. It's easily achieved, or more achievable through the media because for example, in television it's visible every day so it becomes more normal."

Some Māori culture seemed to be more accepted than others - like Poi E, and the globally renowned haka.

And yet some people were uncomfortable with 3 News weather presenter Ms Lloyd calling New Zealand Aotearoa.

However 3 News was pledging to continue using Te Reo in its broadcasts and Ms Lloyd said the broadcaster was supportive of keeping Te Reo alive.

"We're not going to stop speaking Māori and if people are challenged by it we just encourage them to keep watching so they can understand a bit more and not find it a negative thing."

With only 50,000 New Zealanders fluent in Te Reo, the Māori Language Commission and Ms Lloyd both said the more people hear, the more they would get used to it.

Hundreds of people including fellow broadcasters have taken to social media to express support for the presenter.