A Ngati Kahungunu man at the forefront of the renaissance of Maori Performing Arts has died. 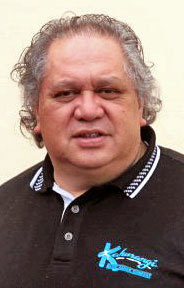 Tama Huata died this morning at his home in Napier after a long illness.

He was also part of the entourage that led the Te Maori exhibition to San Francisco in 1985.

Mr Huata is an Officer of the New Zealand Order of Merit and is internationally recognised as an expert in indigenous arts.

His niece, who is also a prominent Maori artist and musician, Toni Huata, said her uncle's vision was to reconnect his people with Maori performing arts.

"There needed to be something positive happening for our people, we needed to learn ... be more in touch with our performing arts and our reo and things like that.

"So they had the Hau wananga, the Tu Tangata wananga back at Takitimu Marae, so with uncle Tama he was also part those movements after his time of being a musician over in Australia as a young man.

"Yeah, it's a big loss to not only our iwi but to Maoridom in general and performing arts industry as well," she said.

Tama Huata was the inaugural chairperson of the Te Matatini Society Incorporation and, under the guidance of the late Te Arikinui Te Atairangikaahu, led the re-development of the organisation to what it is now known as Te Matatini.

He was a member of the Ngati Kahungunu Taumata alongside Dr Pita Sharples, Professor Piri Sciascia and Dr Rangimarie Turuki Pere, who offer cultural direction for Ngati Kahungunu iwi.

Mr Huata's body will arrive at Waipatu Marae at 9am on Thursday. He will travel to Mihiroa Marae, Pakipaki early on Friday where he will lay until his final service at 11am on Sunday where he will be laid to rest at Whenuakura Urupa, Pakipaki.