A Far North iwi leader says valuation is the key to deciding what rates councils should be charging for Maori land. 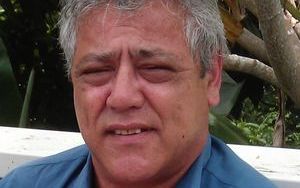 The Far North council is tackling a backlog of unpaid rates, much of it on land with multiple Maori owners who do not live on the whenua.

Haami Piripi, of Te Rarawa, said Northland councils had seized valuable land from Maori over the years, including choice coastal spots, by charging them rates they could not afford, and Ngati Kahu had asked the Waitangi Tribunal to inquire into those losses.

He said Maori land should not be valued and rated in the same way as ordinary freehold land, if it was never going to be put on the market.

Mr Piripi said some Maori owners are hit with punishing rate increases when a developer buys land next door and the value of the Maori land also goes up with it. But since it can't be sold, the valuation is spurious.

He said the Department of Conservation (DoC) pays no rates on conservation land, yet Maori are asked to pay rates on adjoining blocks that cannot be developed and are, to all intents and purposes, the same as the DoC land.