Mr Samuels says unpaid rates on Māori land is costing the council millions of dollars and he is become increasingly frustrated at the way those who don't pay are using culture as an excuse.

He says the Northland Regional Council is owed $4 million in unpaid rates and penalties - and about two-thirds is related to Māori land.

Mr Samuels says the issue has been dragging on for years and that as kaitiaki, or guardians, Māori are usually keen to see money spent on anything that can improve the environment, but refusing to pay only makes matters worse.

He believes Māori make a lot of "PC excuses" as to why they don't pay.

"You've got people who actually put their fingers up to the council and say, 'We're not paying the rates simply because our land is Māori tenure.'" 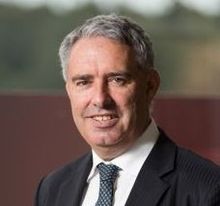 Local Government New Zealand president Lawrence Yule says he does not buy into the argument that culture is an excuse either, and supports Mr Samuels call for those landowners to pay their rates.

Mr Yule says it's a national problem, but the type of land that has multiple owners are located in particular areas.

"There's a significant amount of multiple-owned Māori land, particularly in Northland and the East Coast of the North Island, that is a problem for local authorities who can't collect revenue from it.

Mr Yule agrees with Dover Samuels that the growing debt means other ratepayers have to subsidise them, to the detriment of local authorities. He believes the amount owed by multiple Māori landowners to the Northland Regional Council has a significant impact.

"Because it's a rating system, it's based on a premise that everyone pays their share based on the value of their land. If you have ratepayers that are not paying that, then someone else actually ends up picking up a greater share if those rates cannot be recovered."

But Māori academic Margaret Mutu says councils owe Māori - rather than the other way around.

The Māori Studies professor at the University of Auckland is dismissing calls for Māori multiple owners of land to pay for what she describes as mostly unproductive, with no roads or services.

Ms Mutu says the issue has been through the Māori Land Court over the decades and it has been proven that there is no moral or legal reason under the Treaty of Waitangi why Māori should do so.