Māori with dreams to build homes on their own land are putting their plans in the "too-hard basket".

That is one of the key findings in a new report from the Auditor General which holds Crown agencies to account. 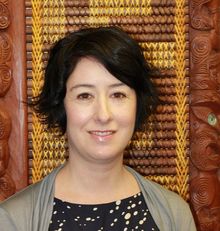 Building on customary whenua is tricky: it has got many owners and it can't be sold, which means no mortgage security for the banks. And if the banks can't lend to Māori, they can't build on their own whenua.

Help is out there - but it's still all over the place.

Charlotte Connell, a senior performance auditor at the Office of the Auditor General, says: "The continuing feedback about there being a lack of a single point of contact is that it's frustrating for Māori and that a lot of them are putting it in the too-hard basket".

"I think tough that what we have seen is pockets of progress. So the Bay of Plenty area with their joint agency forum and their Māori housing forum, they're doing a lot of good work to bring together what they know and to work with local Māori land trusts, and now more recently they're starting to work with Māori who've had land returned as part of the Treaty settlement process."

Kiwibank offers a Kainga Whenua loan designed for Māori land owners, which is underwritten by the Crown. Only 11 of those loans have been approved in the past three years.

But Charlotte Connell says it is not the only measure of house building on whenua Māori, as there are a range a grants available, some established in the three years since the last Auditor General report on Māori land and housing.

Trustee Paul Sheeran says the consumer money lending business is pitched towards the western approach to the pursuit of home ownership.

"It's a risky business, I suppose, in terms of building on Māori land because it's very hard to take the land. There's still a perception out there that we're still too much of a high risk".

The Minister of Māori Development says he is working to create a co-ordinated approach across ministries, which he says would make a big difference for tāngata whenua, who wish to build on their land.