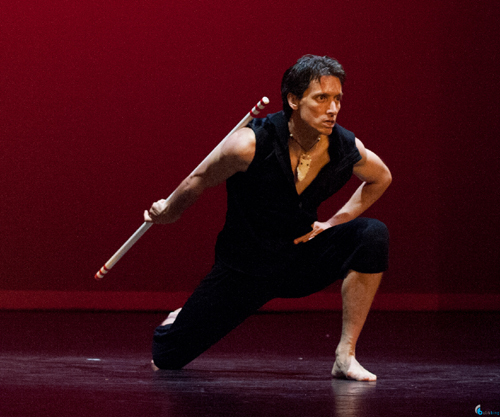 They say tāngata whenua are being forced to move to Auckland, go overseas or give up their profession.

Actors Jim Moriarty, Nancy Brunning, choreographer Tanemahuta Gray, as well other artists, say it has become a struggle to continue their craft and the cultural contribution of Māori is being sidelined.

Actor Nancy Brunning, who is a company director of Hāpai Productions, said if Creative New Zealand did provide funding for a play it was not enough, and only allowed for it to be performed at a 'development' level rather than take it on tour or into a bigger venue.

Ms Brunning said Māori had met with Creative New Zealand a number of times, but its objectives were not clear.

"It's just getting harder and harder and what Creative New Zealand's goals are, are getting more and more blurry. We're constantly trying to keep in communication with them to find out what is it that we need to do better, but it just seems to us that their plan is to put all their funding in Auckland and keep concentrating on Christchurch and everybody else gets forgotten which I think is a very dangerous move to make."

The actor said it was a struggle for her company to get funding for productions.

"The reality is that the amount of funding that they did offer [for the last production] was less than 50 percent, so basically it would put us at risk if we try and put the tour on. It would just end up bankrupting us. It's the kind of funding that sets you up to fail," Ms Brunning said.

"Everyone's following the money to Auckland and because the funding is so sporadic and getting less and less Wellington is losing its title of the 'cultural capital of New Zealand' because we're only able to make what the funding allows."

Ms Brunning said Wellington generated a lot of the ideas that were then taken to Auckland, but the capital's value had been ignored in the latest funding round forcing two actors she knew to leave the city in the past two months.

An established Māori actor and director, Jim Moriarty, who is currently directing a quartet of plays to be performed at Te Papa Tongarewa, said he was not able to get any funding to put them on.

A leading New Zealand dancer and choreographer, Tanemahuta Gray, said the freelance community had been badly affected and he worried that if Māori had to continue leaving, only mainstream arts institutions would remain.

In a statement, Creative New Zealand said two of Jim Moriarty's plays in an earlier round received funding, while two other bids for his work had been declined because of higher scoring applications for pūtea.

The agency also said several other Wellingtonian theatre practitioners did receive funding for projects they applied for in the same Māori Arts round.

It said applications for Creative New Zealand funding were primarily assessed on artistic merit and the strength of proposals submitted, but it did monitor the geographic spread of funding.