Tangata whenua are snapping up grants to study health. The Government says a record 728 students received a Hauora Maori scholarship award this year. 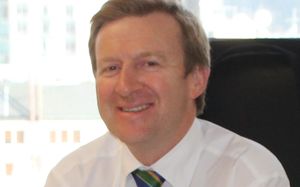 Health Minister Jonathan Coleman said that was the highest number since the scholarship fund began in 2000.

In the medical category alone, 147 students were awarded a scholarship - an increase of 50% since 2009, he said.

Grants worth $1700 were awarded to students studying across a range subjects, including nursing and physiotherapy. Those wanting to become doctors or dentists get $4200.

Dr Coleman said there had also been an increase in Maori participation across the health sector.

But according to the latest Ministry of Health figures, [ http://www.health.govt.nz/publication/health-health-workforce-2013-2014] Maori still only make up a small part of the health workforce.

In the medical sector - which covers doctors and dentists - it was 2.9 percent. For nursing it was 6.6 percent, and representation in midwifery sits at 5.2 percent.