A trustee building houses for whanau says a home loan aimed at Maori is prescriptive, conservative and dictatorial. 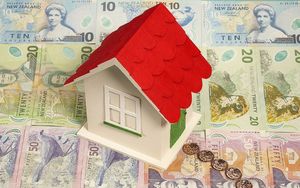 The Kainga Whenua loans is a government initiative designed to give tangata whenua a chance of financing a build on multiple-owned Maori land by borrowing up to $200,000 from Kiwibank.

But the latest annual figures from Housing New Zealand show only 11 loans were approved.

Paul Sheeran of Aorangi Maori Trust Board - who is leading a project to build eight homes on customary land in Hastings - said the scheme was the only option his people have.

"It's very prescriptive process, like any bank lending process - but this is the only lending product out there for Maori land in the mainstream.

"We're really dictated to in terms of where we can go to help our whanau enter onto the home ownership ladder on Maori freehold land."

Housing New Zealand describes the up-take of Kainga Whenua loans as modest. It also revealed it had pre-approved a further 11 loans, only for nine of those agreements to expire.