A group of British businessmen, none of them Maori, have performed well-known haka Ka Mate to kick-start Britain's Global Entrepreneurship Week in London.

The 30 entrepreneurs performed the haka composed by Ngati Toa chief Te Rauparaha on the steps of the Eros Statue at Piccadilly Circus yesterday. They were taught by Ngati Maru descendant Karl Burrows, the manager at Manaia Hakaworks. 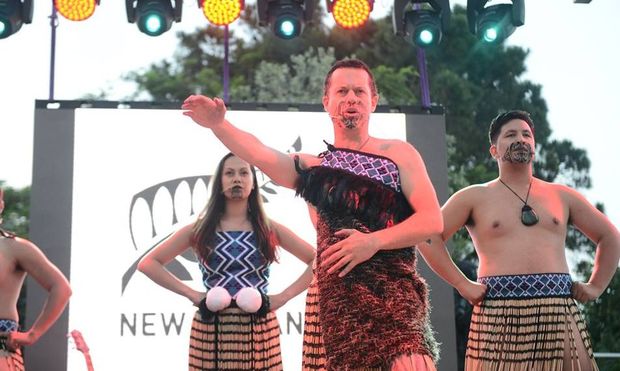 The event was organised by expatriate New Zealander Richard Hillgrove, who works for a public relations firm and claims Danish and Maori heritage.

Mr Hillgrove said because the haka was used by warriors before a battle to enhance their strength and prowess to intimidate the opposition, it is a similar attitude business people need to adopt in the ever competitive global business world.

A tribal guardian of the haka said it would have been nice to have been told of the British group's plan.

Legislation passed in April this year means the haka must be attributed to Te Rauparaha as the composer and a chief of Ngati Toa Rangatira whenever it is used commercially.

Ngati Toa Runanga chair Taku Parai said so long as people did what was legally required before performing Ka Mate, he had no problem with it. However, he said he would have preferred some consultation first.

Mr Parai said he understood that Mr Burrows approached Ngati Toa about a decade ago to get permission to teach the haka, but he could not recall the conversation.

He acknowledged that it could be a sensitive area when non-tribal descendants use another tribe's haka - particularly Ka Mate because of its popularity - and his company had been careful in getting consent and respecting that.

Mr Burrows said he did speak to Ngati Toa about 10 years ago and he said they gave him permission to perform it, to teach it in schools, and at festivals and educational events.

Ngati Toa Rangatira executive director Matiu Rei said he had no misgivings about Ka Mate being used by the British businessman and that he believed Mr Burrows would have taught them about the haka's history and what it meant.