Tariana Turia says she does not intend staying on as co-leader of the Maori Party, whatever the final vote in the general election held last month. 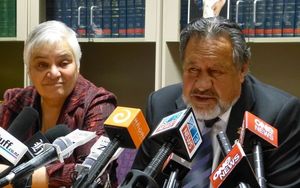 Mrs Turia stood down as the MP for Te Tai Hauauru at the election and will relinquish her Associate Health Minister role when the new Cabinet is named.

She said she expects that list candidate Maarama Fox would get into Parliament once the vote is finalised tomorrow and would then become party co-leader with Te Ururoa Flavell.

However, she said if that does not happen, she would still stand down at the Maori Party annual meeting at her marae in Whanganui at the end of this month.