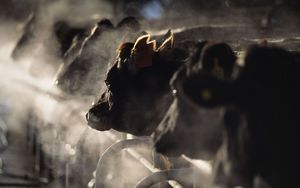 John Key said that if elected earlier this month, National would introduce a mandatory requirement to exclude dairy cattle from waterways by 2017.

Mr Ruka, of Environmental River Patrol, said for years the regional council has denied it has any power to make farmers fence their properties.

He said Mr Key's pledge makes it clear that the Government would not tolerate the continued pollution of rivers - and the council should not either.

On recent patrols, Mr Ruka said he had filmed cattle fouling streams that run into the Whangarei Falls - a popular swimming spot, and into the harbour.

He would like to see the pledge extended to include beef cattle and dairy breeding stock.

Dairy farmers supplying milk to Fonterra who have not yet fenced off all their waterways have been offered a financial inducement to do so.