Labour leader David Cunliffe says his party will review Whanau Ora if it is elected as the next government so he can give the public a guarantee that the policy works effectively. 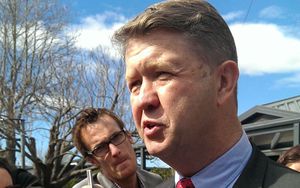 The social welfare policy was introduced by Maori Party co-leader Tariana Turia and was one of the confidence and supply agreements her party had with National after the 2011 election.

Mr Cunliffe said today that Labour would examine how Whanau Ora operates. He said he could not stand by all of the governance arrangements and would review those to make sure that Whanau Ora delivers on its promises.

Mr Cunliffe said part of the reason is because he wants to convince taxpayers that their money is being spent appropriately on it and needs more information about where and how funds are being used on Whanau Ora.

He admitted that he likes the idea of social welfare services run by Maori for Maori and that Labour has always supported working with Maori at iwi, hapu and whanau level.