Labour candidate for Tāmaki Makaurau claims the Crown does not trust tribes to keep land open to the public. 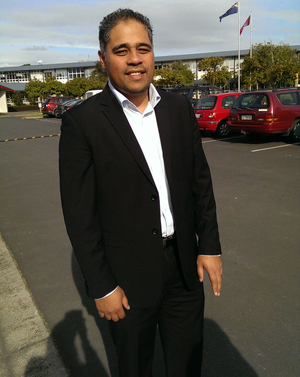 Peeni Henare said giving whenua back to iwi - who then hand it back to the Crown - is ''nonsense''.

He said when the Crown says it is returning land to Māori, it is not. "One must question the purpose if you receive it and then you've got to give it back, only in hope that one can have a say in a co-management model."

Specifically, what Peeni Henare was talking about is the return of the ancestral maunga, motu, and other lands to thirteen Auckland tribes.

Under a Treaty of Waitangi settlement, the whenua has been transferred to iwi and hapū. In some cases, for some of the land, those tribes then pass the rights back to the Crown.

Peeni Henare did not like the short-lived, symbolic ownership by mana whenua.

"It's not about us blocking off the roads and stopping people from accessing places. The current settlement model of having the land gifted back, and then gifting back to to the Crown is not the way forward."

The Tāmaki Makaurau candidate said allowing the Crown to continue to hold rights to ancestral land is not a genuine settlement. He also questioned why day-to-day management of the settlement land has been awarded to Auckland Council.

Mike Dreaver oversaw the Crown offer to tribes in Tāmaki Makaurau. As chief Crown negotiator for Auckland, he said he weighed up the meaning of the whenua to the tribes - and the cost of looking after the land.

"The Crown wasn't prepared to push the mountains into sole, exclusive management for a range of reasons. They have huge significance to all Aucklanders, particularly mana whenua".

Mr Dreaver said iwi still have a big say over settlement land, and the Crown-designed policy was backed by the majority of iwi in Auckland.

Peeni Henare said co-management and co-governance can work, but if land was returned to iwi, it should legally stay in tribal hands.

The kōrero from Peeni Henare was clearly being heard in Tāmaki Makaurau.

According to a recent Māori Television preferred candidate poll in Auckland, the Labour Party candidate is neck and neck with the Māori Party's Rangi McLean.

Peeni Henare is on 27%, Rangi McLean is on 28%. Five hundred people were questioned in the survey, which has a margin of error of plus or minus 4.38 percent.

The poll was released on Monday 9 September and compiled by Reid Research.