The Labour Party candidate for the urban Maori seat of Tamaki Makaurau, Peeni Henare, says the party has its best chance in years to win the Auckland seat.

The former Maori Party co-leader, Pita Sharples, who has held the seat since 2005, is retiring at the election.

Mr Henare said Labour had dominated the party vote in Tamaki Makaurau in the past two elections.

Despite living only part time in the electorate, he said he expected to overcome the Maori Party's 900 vote majority in the seat.

Mr Henare said the Maori Party's ongoing relationship with National and a deterioration in the living conditions of Maori would give him the edge.

"Most Maori people are in either state homes or living in sheds on other people's homes and it's just not good enough. 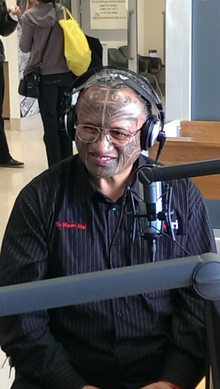 "The standard of living shows that a large percentage of Maori in Auckland live below the poverty line - or on the breadline if you like - and that's just not good enough."

Maori Party candidate Rangi McLean said he had the same support as Pita Sharples and he insisted the party had retained its mana in its relations with National in government.

"The Maori Party went to the Government's table with its own mana, its own tino rangatiratanga intact. I know for a fact that the Maori Party has voted against the government - National's policies - more times than the Labour Party."

Mr McLean said he wanted to build on the legacy left behind by Mr Sharples in Tamaki Makaurau.