Provan who played in 10 consecutive premierships with the St George Dragons between 1956 and 1965, was immortalised in the NRL Premiership trophy locked arm in arm with Wests' captain Arthur Summons after the 1963 grand final.

Provan made his debut for St George in 1951 and played in the second row throughout his 14-year career with the Dragons, serving as captain-coach for the last four. 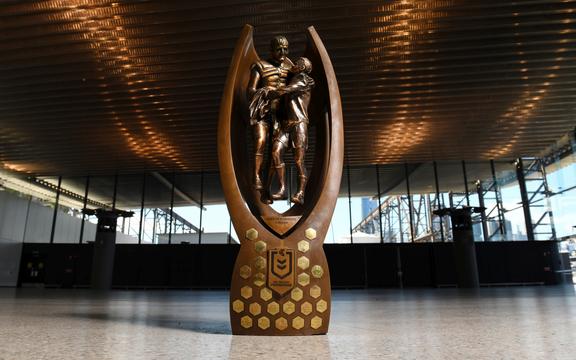 Provan remains the most capped player in St George's history, a record he will hold forever after the club's merger with Illawarra in 1999.

He is also a member of the Sport Australia Hall of Fame and in 2008 was named in the Australian Rugby League team of the century.

The Brendon McCullum coached Kolkata Knight Riders overcame a late wobble to reach the Indian Premier League final with a three-wicket win over Delhi Capitals in the second qualifier in Sharjah. 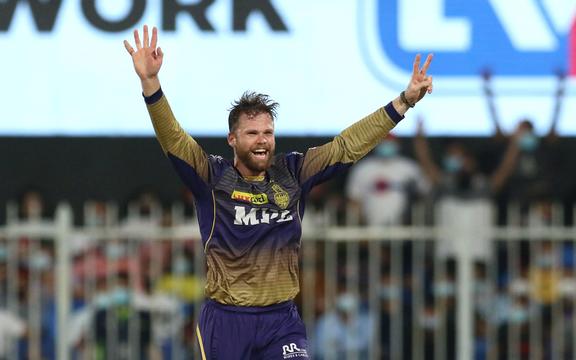 They will take on Stephen Fleming's Chennai Super Kings in the title clash on Saturday morning.

Set 136 for victory, Kolkata looked to be easing towards victory thanks to fine knocks from openers Venkatesh Iyer (55) and Shubman Gill (46) before five quick wickets forced a thrilling finish.

With seven needed off the last over, Ravichandran Ashwin removed Shakib Al Hasan and Sunil Narine off successive deliveries but Rahul Tripathi (12 not out) hit the off-spinner over his head for six to guide his side home with a ball to spare.

Earlier, Delhi struggled for momentum after being put into bat on a slow pitch, losing regular wickets following a brisk opening stand between Shikhar Dhawan (36) and Prithvi Shaw (18).

Varun Chakravarthy (2-26) and Lockie Ferguson (1-26) kept the scoring in check and it took a late flourish from Shreyas Iyer (30 not out), who finished the innings off with a six, to propel Delhi to a modest 135-5.

Delhi, last season's runners-up, had been top of the table after the group stage, only to lose two matches in a row in the playoffs to miss out on a finals berth.

Pivac names squad to take on All Blacks

Wales coach Wayne Pivac has recalled England-based Thomas Young for the Autumn International series, starting with the All Blacks at the end of the month, despite the loose-forward falling short of the 60-cap rule for players based outside of the country. 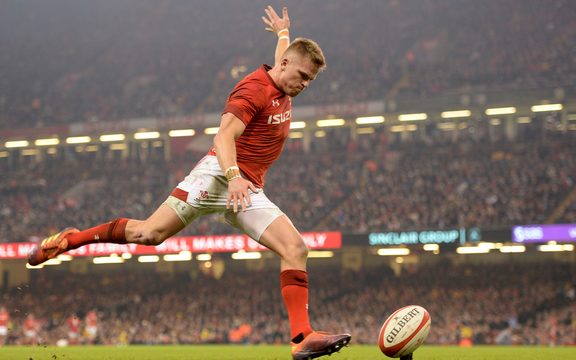 Pivac received a special exemption for Wasps flanker Young after it was announced today that he would return to Cardiff next season. Exiled players with less than 60 caps are unusually not eligible for selection.

But injuries and a tough schedule that includes matches on successive weekends from Oct. 30 against New Zealand, South Africa, Fiji and Australia, has to some extent forced Pivac's hand.

Young and other England-based players, fellow loose forwards Taulupe Faletau and Christ Tshiunza, flyhalves Dan Biggar and Callum Sheedy, centre Nick Tompkins and wing Louis Rees-Zammit will not be available for the All Blacks match as it falls outside of the international window.

Teenager Tshiunza and prop WillGriff John are two uncapped players in the 38-man squad, while flyhalf Rhys Priestland is back in the mix for the first time since 2017 with New Zealand-born Gareth Anscombe the fourth pivot selected and most likely to start against the All Blacks.

Wellington and New Zealand cricket great Bruce Edgar has been elected President of Cricket Wellington at the organisation's AGM. 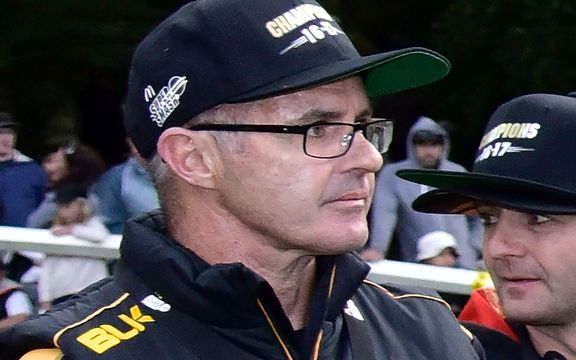 Edgar's involvement in cricket in Wellington and New Zealand spans almost five decades as a player, coach, and administrator.

His playing career spanned from 1975 to 1990, amassing 87 first-class matches and 43 List-A matches for Wellington, as well as 39 Tests and 64 One Day Internationals for New Zealand.

As an administrator, Edgar was appointed to the Board of Cricket Wellington, following the amalgamation of Hutt Valley and Wellington Cricket Associations, and served from 2000 to 2004.

After nine years overseas in Sydney, Edgar returned to New Zealand and, in 2013, became the general manager of selection for the Black Caps before taking the reigns as the Wellington Firebirds head coach in 2015 - a position he held until 2019.

Edgar's work in sports administration continues as a trustee of the Cricketers Trust, Chair of the Players Retirement Fund and, also crosses over to rugby, where he is the Chair of the New Zealand Rugby Players' Savings Scheme.

Burling and Tuke yet to commit

New Zealand sailing duo Peter Burling and Blair Tuke are yet to commit to the next America's Cup. 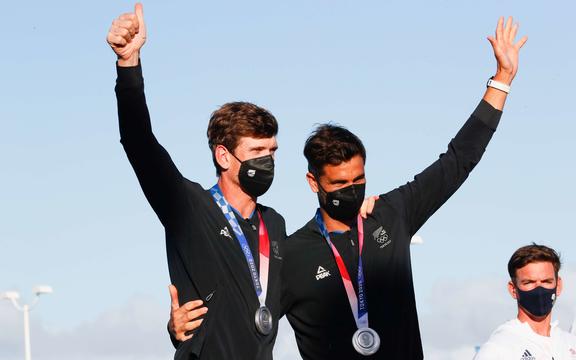 Burling was at the helm when Team New Zealand defended the America's Cup in Auckland earlier this year.

Since then the pair won a silver medal in the 49er class at the Tokyo Olympics and have been a part of the New Zealand SailGP team.

They've just arrived home and according to Stuff their America's Cup future is still to be determined.

Stuff says the pair have not signed with another team and were seeking clarity over the next America's Cup before making commitments.

Team New Zealand is yet to confirm when and where the next America's Cup will be held.

Kenyan world record holder Agnes Tirop has been found stabbed to death at her home in the western town of Iten, with police treating her husband as a suspect.

The two-time World Athletics Championships bronze medallist, who finished fourth in the Olympic 5,000m final two months ago, was 25.

A criminal investigation is now underway into her death, with police saying her husband has gone missing.

Last month, Tirop smashed the women-only 10km world record in Germany, crossing the line in 30:01 to shave 28 seconds from the previous record held by Morocco's Asmae Leghzaoui from 2002.

FIFA is investigating the clashes at Wembley Stadium between police and Hungarian supporters at yesterday's game against England saying it has "zero tolerance against such abhorrent behaviour".

World football's governing body is also looking into incidents in the game between Albania and Poland in Tirana, where bottles were thrown on the pitch after Poland scored.

Police came under attack from Hungary fans after they moved into the 'away section' and had to retreat.

The Metropolitan Police said they had taken action after a steward was racially abused.

Meanwhile Manchester United forward Anthony Elanga was subjected to an alleged racist comment by an opponent while playing for Sweden Under-21s against Italy.

Sweden submitted an oral report to the match referee and delegate after the allegations by 19 year old Elanga.

The Association of Professional Cyclists is suing the spectator who caused a mass crash on the opening stage of this year's Tour de France to the tune of one Euro, in what it describes as a "symbolic" lawsuit.

The spectator, who sparked a crash that brought around 50 riders down when she leant into the road holding a sign reading 'Allez Opi-Omi', will appear in court in France today, the same day the route of the 2022 Tour de France is unveiled.

She is the subject of a criminal prosecution that could result in a prison sentence but will also face a civil claim on the part of the CPA.

Following reports of its intention to pursue damages, the most prominent riders' union issued a statement on Wednesday to confirm that is still taking legal action, but only to try and make a point and raise awareness about rider safety.

The crash caused around 50 riders to crash, with many suffering injuries that had consequences on their performance at the Tour de France.

According to Ouest France, she faces a fine of up to €15,000 and a one-year prison sentence.

A Madrid court has sentenced Bayern Munich and France defender Lucas Hernandez to six months in prison for disobeying a restraining order following a 2017 conviction of domestic violence against his wife.

A court document said Hernandez, 25, had been denied an appeal by a criminal court in Madrid against a previous suspended prison sentence for defying the restraining order.

The document said Hernandez had been denied the appeal as he had been given two previous criminal sentences, both relating to the February 2017 incident.

Bayern and Hernandez's representatives did not immediately respond to a request for comment.

Hernandez has appealed against the latest order.

Australia's football federation and players union have condemned "vile" abuse directed toward the women's national team on social media after reports that images of two players were shared without their consent.

The players union said it had reported an incident of "image-based" abuse to a government internet watchdog, while governing body Football Australia had contacted police and Twitter, Australian media reported.

The targeted abuse follows allegations of sexual assault, harassment and bullying within the 'Matildas' camp made by former striker Lisa De Vanna and other players last week.

The Matildas issued a statement on Monday defending the national women's set-up, saying they had a "strong professional, inclusive and supportive culture" that did not condone any of the reported behaviour.