Young Warriors star Reece Walsh is facing drug charges after being arrested in possession of cocaine on the Gold Coast last night. 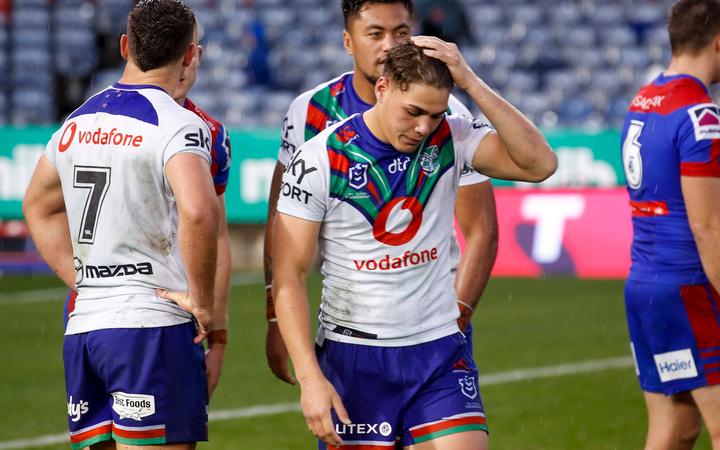 The 19-year-old fullback confirmed he was arrested following an incident in Surfers Paradise early on Sunday morning, after he refused police requests to move on.

"That led to me getting arrested and taken back to the police station," Walsh said.

"Once I got back to the police station I got searched and I was in possession of a small bag of cocaine, which I'd had some during the night.

"No-one else is involved in this - it's solely on me and I'm putting my hand up. I should never have done it, and it's a mistake that I've made, I'm aware of that and I'm really remorseful."

He said he wanted to apologise to sponsors, fans and the Warriors club.

Walsh had been a shining light for the club in an otherwise disappointing season, and was in line for the NRL rookie of the year prize at the Dally M Awards on Monday night in Brisbane but will not now be attending.

"He's got our support wrapped around him... this hurts the kid. He's learning - he's been exposed into a very big arena that carries a lot of pressure and responsibility, however none of that is an excuse."

George said the club would work with the NRL integrity unit around sanctions, but would not go into any detail until after Walsh's court appearance.

"Reece wanted to put his hand up and own the situation, and we as a club support that approach."

George said the Warriors were confident this had been a one-off, and Walsh had no on-going problems with drugs or alcohol.

"It was a stupid decision made by an inexperienced person."