Comment: Out of all the 100 tests in the 100 years of the greatest rivalry in rugby, last night's 19-17 win by the All Blacks over the Springboks was... one of them. 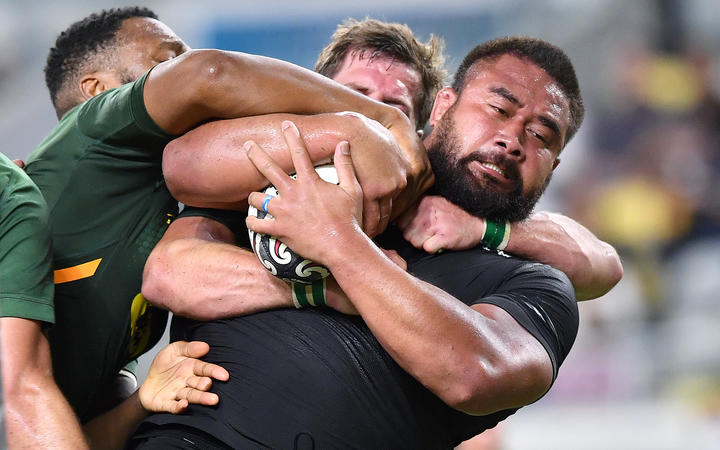 On paper it certainly looks like the sort of contest that was befitting of the occasion, with an electric opening and clutch kick to win, but the reality was that the 70-odd minutes in between were not anything that's going to stick in anyone's mind.

In a way, it was befitting of the fact that the game had been stripped of its rightful venue. Townsville's new stadium did do an admirable job hosting, even if the pitch looked like it was cutting up quite a bit. But it was supposed to be at a packed Eden Park last year, then Forsyth Barr Stadium this year, before Covid-19 put paid to all that.

So the All Blacks embarked on a month-long odyssey that took them to North Queensland, away from the hype machine that would have turned up the heat in the weeks leading up to this historic game. So when we heard in the build-up that they were trying to treat it like any other game, while recognising the significance of the fixture, it was easy to believe them.

Except this time, it wasn't just another game and it really showed. Will Jordan finished off an exhausting opening three minutes with a trademark try, but it was George Bridge's fumble on his goal line that gifted Sbu Nkosi his try that really set the tone: the Boks would kick high and hope for a mistake, and more often than not the All Blacks would make one.

The only issue was nothing would then happen, as the ball never got further than Handré Pollard or Faf de Klerk before being booted away again.

This was rugby at its most primitive, with de Klerk often kicking bombs from only 30 metres out from the All Blacks' line, which more often than not were collected under pressure by Jordie Barrett.

At least that was better than one of Pollard's efforts, which went harmlessly end over end past the dead ball line, a rarity in test rugby these days and even more so when the kick emanates from such a good attacking position.

Apart from some excellent lineout work that disrupted the All Blacks, a captain's knock by Siya Kolisi and some punishing defence by Damian de Allende, that's about all you can say regarding the Springbok performance. Lukhanyo Am, hailed by many as the best centre in the world right now, was little more than a warm body. Makazole Mapimpi may as well have left after 15 minutes and made sure the beer and chips were ready for the aftermatch function.

To be fair, so too should a number of the All Blacks. It's been a long time since they were forced to play for such an extent between the 22s and it showed, with passes shelled, shocking discipline and just a general lack of patience. 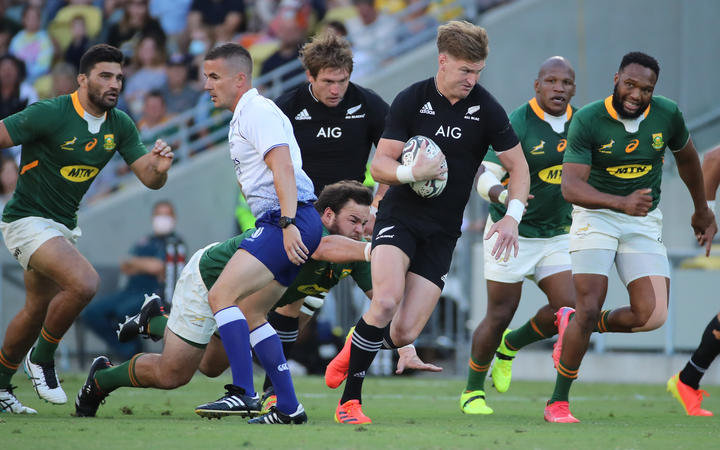 Barrett was probably the only one who could walk off the field with his reputation enhanced, with a flawless record from the tee and the aforementioned defensive heroics (Quinn Tupaea deserves a mention for gaining the turnover that led to the winning penalty, but he was only on the field for the last stage of the game).

It is hard to know what to make of the Springboks' style and just why they are so rigidly bound by it, because it clearly doesn't work against the Wallabies and All Blacks. They have trotted out the line that 10-man rugby is "in their DNA" a lot, even after the match last night, when a quick look at the times they have beaten the All Blacks in the last 10 years have involved scoring some of the best tries you'll ever see.

The last victory saw them score 36 points, the Springboks' second-highest score ever against their old foe.

There is a sort of nod to history in the way that the Springboks have reverted to such a kick-heavy plan and that the 100th test ended up being a tense, extremely physical but ultimately dour encounter.

That was the way things mostly played out when the teams would meet on the Highveld or in the New Zealand mud on the legendary tours of yesteryear. Somewhere up in rugby heaven, all the old ghosts might have been having a look and appreciating a hark back to their day.

But for us down here on earth, here's hoping the two sides can lay on a few more tries next weekend.