Comment: There's something deeply unsettling about bringing up something someone wants to forget. The unmentionable narrative, the thing that only rears its head after a few drinks or behind closed doors accompanied by tears. 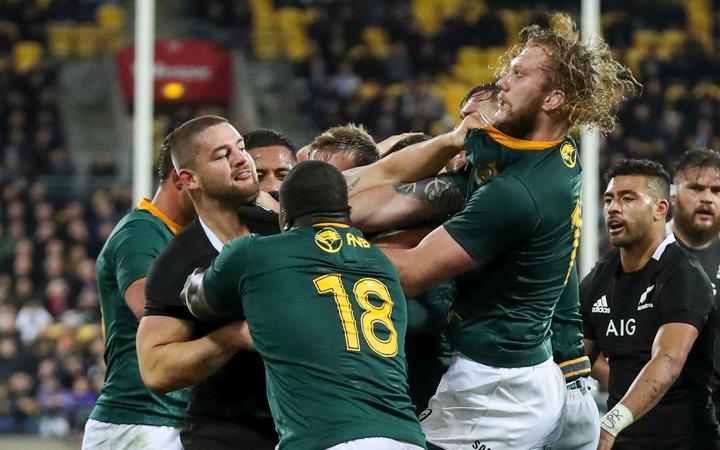 All Blacks prop Dane Coles against the Springboks in 2019. Photo: PHOTOSPORT

Tonight the All Blacks and Springboks play their 100th test in the 100th year of their rivalry.

All week we have seen the highlights, been told of the respect between the two sides, and almost endlessly heard the word "legacy." But for a lot of New Zealanders, a lot more South Africans and an awful lot more people around the world, the legacy of this rivalry had nothing to do with test match rugby.

If this sounds like a broken record, it's because it is.

But it's worth hearing again, because the All Blacks' contact with apartheid South Africa happened not only within current coach Ian Foster's lifetime, but overlapped with quite a bit of his first class career.

His co-selector, Grant Fox, was on the infamous 1986 Cavaliers tour that was secretly organised in place of an official tour that NZ Rugby had planned for the year before. That had come only four years after the 1981 Springbok tour had caused the largest level of protest and police response in history, which itself was four years after the All Black tour to South Africa caused a boycott of the Olympic Games by 27 African countries.

For the sort of demographic that regularly attend All Black tests, it's really not that long ago. We've just had the 40th anniversary of the '81 tour, remembered in wonderful detail by the fantastic Tweet The Tour feed curated by Wellington City Libraries and Archives. It showed just how big a deal it was on every level of society on an often minute-by-minute basis, over the course of the 56-day tour. 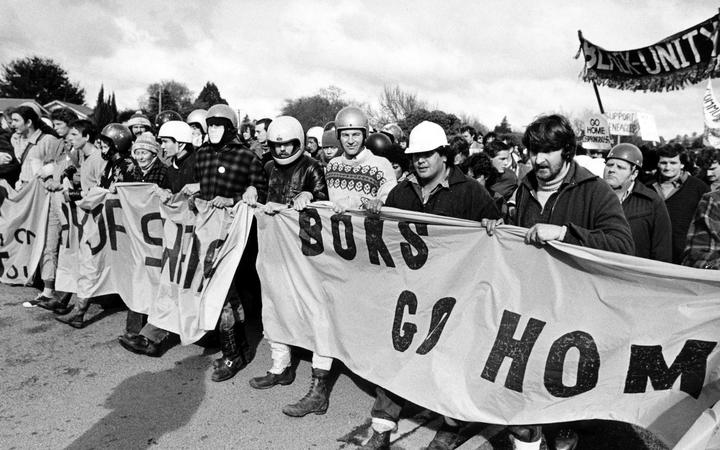 The matter is clearly still very the unsettling pain point for NZ Rugby, even though the majority of the All Blacks v Springbok tests have come after the end of apartheid.

Attempts to talk about the history with the team and coach this week were extremely awkward, with Foster eventually releasing a statement on Friday night that read:

"Like any long term relationship both countries have walked very different paths to get where they are now. For myself and the team, our job is to focus on the here and now and play a test against a rugby side that we have enormous respect for."

NZ Rugby chief executive Mark Robinson also issued a statement, which also heaped platitudes on the South Africans, but admitted it was "a fitting time to both celebrate and reflect".

"It is also a time for NZR to again acknowledge there have been some events during that history which do not sit comfortably as we look back with hindsight today. It was fitting that in 2010 New Zealand Rugby officially apologised to Māori players who were not considered for selection for teams to tour South Africa or play South Africa during the apartheid era."

While that is true, it doesn't quite tell the whole story of the 2010 apology. It actually came at the behest of the South African government, in a year that was the 100th anniversary of the Māori All Blacks.

The Minister of Sport and Recreation, Reverend Makhenkesi Arnold Stofile, sent a public letter of apology to Māori players who were left out of the 1928, 1949 and 1960 tours.

This caught NZ Rugby unaware, given that their previous stance on the issue was that no apology was necessary, they said, on the advice of the Māori Rugby Board.

However, this was disputed by the board's chairman Mike Eagle who said that at no stage were they against it; the timing just wasn't right in their opinion: "The public reaction around this apology certainly created more harm than good and it could have escalated during the centenary year." But again this was contradicted by fellow board member Wayne Peters, who claimed that apologising to help people move on was "irresponsible." 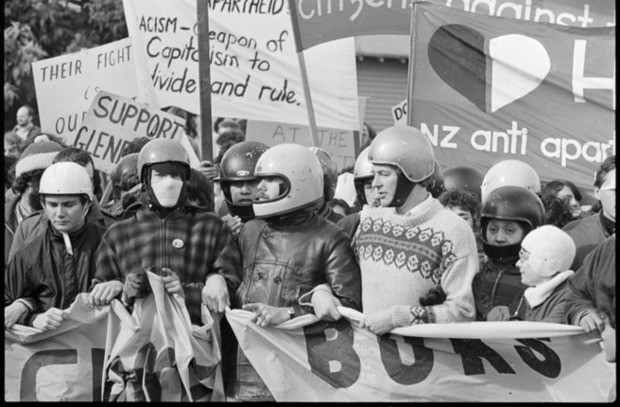 "This has never been a straightforward issue. It's one of the most complex issues that our country has dealt with in my lifetime. Frankly, there's probably never any 100 percent right or wrong approach to it."

Tew was accurate in one sense. What they ended up doing wasn't wrong, but it certainly didn't seem right either. A private apology was sent out, along with a media release, yet officials stayed tight-lipped about actually making a public apology at the Māori All Black side's upcoming fixtures. Besides, if Stofile had never brought it up in the first place, it's highly unlikely any sort of apology would have been given at all.

Nevertheless, events on the field in recent years will mean a previously unthinkable sight when the teams walk out tonight.

For the first time ever, both the All Blacks and Springboks will go into battle against one another with men of colour leading them. Siya Kolisi and Ardie Savea's roles as captains do mean that Robinson's closing statement does ring true:

"Both of our countries have come a long way since the division and controversy of selection policies during the apartheid era and South Africa's 1981 tour to New Zealand, both on and off the field. I believe our collective progress and the close bond that has formed between the All Blacks and Springboks, is worth celebrating as we mark 100 years of one of the world's great sporting rivalries."

This probably should have come before all the tries and victories got splashed all over the All Blacks' social media channels, though.

After all, this is when they want us to be remembering 100 years of the greatest rugby rivalry in history. If you are recognising history, you need to be recognising all of it, however painful that may be.